All The S@nics - Advance - Rebuild Of Pocket Adventure

this is the place where lps are being talked about. it's important to talk about games being played on the internet.
Post Reply
4501 posts

It feels really awkward that the game makes a much bigger deal about the emeralds than the other games & made them way harder to even attempt & made bosses for each one... then have literally nothing different in the main game except for an airplane dangling around on a string, that's your reward kid. I dunno, I don't feel like I would've been as "oh..." toward the simple end-screen if it were just Sonic 1-style "they're there if you want to do 'em!!"

Despite loving Fang the Sniper's design as one of my favorite Sonic characters, and generally liking the Master System Sonics, I never gave this game much attention... I thought I might've been unfair to it because of the Game Gear screen resolution, but yeah, this playthrough does give me this empty feeling that I don't think even Sonic Chaos had for me
Top

I can only assume the developers of this game really hated Nack for some reason, and thus deliberately portrayed him as enough of a boob that no one would be particularly moved to bring him back for anything of significance in the future.
Top

Why isn't Nack the one collecting the emeralds in the opening anyway. He's the one who has them, and they even went out of their way to show that Eggman specifically had the yellow one

Archie Sonic Fact! In the comics, Nack has a twin sister who looks exactly the same as him. This is a running theme with extraneous family member characters in the comics! 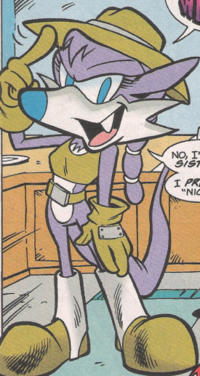 Well it is a decent hack but sometime its just too repetitif there no level that actually pop in your face and your like oh yeah that level they all ressemble themselves and just monster along the way. 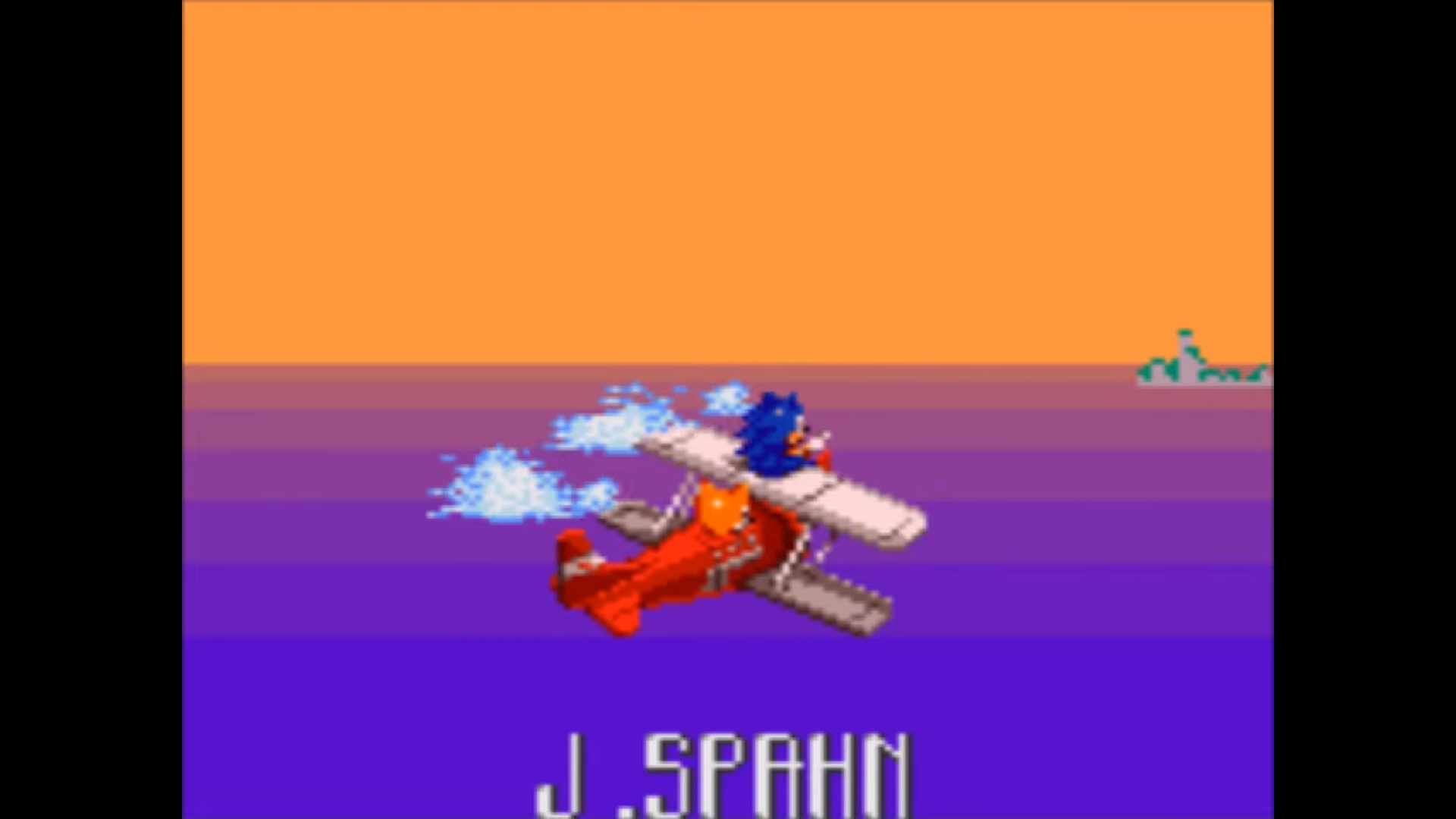 I honestly want to know if that H.Kojima in the Triple Trouble credits really is that one or just a coincidence.
Top

Sonic dangles his feet with such shorted and timing that they go between the blades as they spin.

https://en.wikipedia.org/wiki/Synchronization_gear
You cannot add yourself to the friends list.

raocow confirmed to have the only sonic underground game in existence

yes, underground has a lcd game
Why don't you eat me?

Kleetus
Contrary to popular belief, dying is NOT cool.
Posts: 241
Joined: 1 year ago
Location: Under a starless sky (due to light pollution)

I was trying to see if I could make out raocow's face in the reflection of the lcd screen. All I saw was a ceiling fan.
raocow is a ceiling fan confirmed.

The LCD games trying to emulate a platformer but looking like complete nonsense make me... legitimately frustrated with their existence
Well it is a decent hack but sometime its just too repetitif there no level that actually pop in your face and your like oh yeah that level they all ressemble themselves and just monster along the way.

I feel that these devices only work well with games with very limited number of states and positions for objects, like solitare. Even something like a simple pinball game needs fluid movement.

raocow in the video description wrote:is 1994 the year of the mcdonald sonic lcd toys?

The McDonald's LCDs weren't for another 9 or 10 years (I seem to remember them coinciding with Heroes), so there's still a ways to go.

(edit: SonicRetro lists them as starting in 2003, and running until 2005. there was also a Japan-only "SegaSonic" LCD game in 92 (good luck finding it lol) and two 1994 Tomy-made games. so, future supplements i guess)


ano0maly wrote: ↑ I feel that these devices only work well with games with very limited number of states and positions for objects, like solitare. Even something like a simple pinball game needs fluid movement. 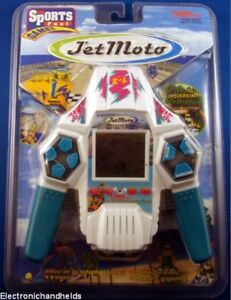 Surprisingly, Spinball was the most playable out of the LCD games so far.

so this happened today https://clips.twitch.tv/BillowingBoxyStarlingBCouch

HeavySigh's next line will be...
FUN POST SONIC 3 AND KNUCKLES FACTS!

1995 marks the beginning of what some consider the first “intermission” of Sonic games, where the quality of games declined greatly and the brand took a tarnishing, at least until 1998.

During this time, a critical development occurred that not only affected the immediate future, but had a great impact on the future of Sega as a video game company. In the aftermath of Sonic and Knuckles' release, Hirokazu Yasuhara, one of the critical figures to Sonic's development at the time, quit Sega Technical Institute because he had a falling out with Yuji Naka. Seeing no reason to continue being around, and getting a lucrative producer offer back home, Naka left STI as well, returning to Osaka to head Sega Consumer Development Department 3, aka CS3. It would also be later known internally as Research and Development Department 8 (R&D8), which was also given the Amusement Machines name (AM8).

Joining Naka at CS3 was Sonic co-creator Naoto Ohshima, who had stayed in Japan during the development of the Sonic series after the first, and Takashi Iizuka, a fellow STI alum. Together, the three formed the core of Sega CS3/AM8 and formally established the external name that now everyone knows the division as: Sonic Team.

(Previously, "Sonic Team" was an informal moniker used to refer to the developer team of Sonic 1.).

However, in that time, CS3 made a decision that would ultimately haunt Sega as a whole: The devs decided to put their work on the Sonic franchise on ice. The thinking at the time was the team's belief that the franchise needed a rest, and moreover the transition from 2D to 3D (which they had already experimented with during Sonic 3's development) would take a significant amount of time and resources to be as inspiring as the original games were. Instead, they focused their efforts on other non-Sonic projects. The two games they published after forming Sonic Team were for the Sega Saturn: The classic game NiGHTs into Dreams (The first game released under the Sonic Team brand), and the questionable Burning Rangers. Both have their own stories, but are for another thread. Regardless, Sonic Team's only contribution to the franchise at the time was the compilation release Sonic JAM for the Sega Saturn, which provided the foundation for what would become Sonic Adventure. More on that when we cross that bridge.

The absence of Sonic Team on Sonic-related projects meant the franchise’s quality, which was already iffy without the leading developers around for non-mainline projects, took a nosedive. This would also lead to the remaining (American) developers at STI scrambling to create a worthy successor game, the end result being the cancelled Sonic X-Treme. In the medium term, the absence of a high-quality “official” Sonic game on the Sega Saturn would ultimately be one of the critical factors that made the console a failure outside of the Japanese market, leading to not only its early demise, but the eventual exit of Sega from the hardware business in 2001.

Fang is completely absent from the North American and European Sonic Drift 2 box arts due to an absolutely abysmal cropping job, with only a tiny corner of his machine, Marvelous Queen, left of him.

Re: All The Jimmy Johnsons - Drift 2 - Montreal Grand Prix

Not just scooped, you got Jojo'd

well this is one helluva improved sequel
Top

I played that game multiple times, even had an AOL username that was named after one of the characters. Looking back on it, I'm all..."meh."