All The S@nics - Advance - Rebuild Of Pocket Adventure

this is the place where lps are being talked about. it's important to talk about games being played on the internet.
Post Reply
4474 posts

sonic triple trouble sure is a game that exists
it's literally just sonic chaos 2, i don't know what i expected
i've honestly never played a video game in my life

I don't know, the level design seems the most competent by far of any of the 8bit sonics yet. It still can't reach the genesis but it's come the closest.
Well it is a decent hack but sometime its just too repetitif there no level that actually pop in your face and your like oh yeah that level they all ressemble themselves and just monster along the way.

It was later used as a TeraDrive demo (the uploader can't send the ROM so please don't ask them).

raocow
the death of the incredible huge
Posts: 3245
Joined: 11 years ago
Location: maybe the Wizards are the most complex, and the sales guys are up their daily

it may not seem like it, but a hedgehog goin thru a lot rn

This zone's boss is simply known as Giga Thomas "Pen". The quotes are indeed part of his name.

Going off the recent discussion here, when people say Triple Trouble is good, it feels more like it's the most competent and fairly made one of all the Game Gear Sonics. I don't know if that qualifies as good, but I definitely think it's okay for the most part. The Mega Man Game Boy games, these five Game Gear ones aren't.
Top

Reecer7
Crack is fun and nice and a good time!
Posts: 303
Joined: 5 years ago
Pronouns: he/him/his

honestly, if you counted it up, i feel like we have seen more on-screen depictions of knuckles chuckling than sonic.
call me reecer6, not reecer7, please! gotta maintain that same internet brand. actually i'm cro-iba now, it's cooler

here, raocow, this is what you're remembering
https://www.youtube.com/watch?v=kc_9nQVH54A&t=5m18s
i've honestly never played a video game in my life

One day, we will finally discover why the game is called triple trouble
Well it is a decent hack but sometime its just too repetitif there no level that actually pop in your face and your like oh yeah that level they all ressemble themselves and just monster along the way.

This Zone actually gives our heroic duo exclusive powerups! Sonic gains the Propeller Shoes, which actually let him swim instead of sink like a stone. The real winner here though is Tails, because he gets the Sea Fox, a personal submarine.

In the prototype versions, Grand Turquoise also had a board like Robotnik Winter. This was removed for whatever reason. 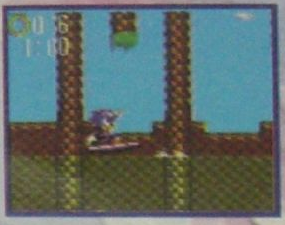 Fang the Sniper was designed (with permission from Naoto Ohshima) by Shinichi Higashi, who worked for Sega between 1994-2002 and later became a popular freelance artist in Japan. His design for Fang was explicitly based on a jerboa (トビネズミ?) motif in his mind (originally giving Fang a revolver until pressure from focus tests made him change it to a less violent popgun). However, SEGA marketing decided upon him being half jerboa and half wolf in Japan, and a weasel in North America.

During development, the character was originally to be known as Nack. However, due to a hilarious pronounciation issue between Nack and Knuckles in japanese, a contest was run in the gaming magazine Shūkan Famicom Tsūshin to decide on a new name for him, with the winner being "Fang the Sniper". Meanwhile, overseas, the character was originally revealed to the public as "Jet" for reasons lost to time.

In America and Europe, the name "Nack" was retained, since "Nack" started with an "N" and "Knuckles" started with a "K", marketing thought it was enough to differentiate the two, though "Sniper" was traded out for Weasel as it was seen to be 'too violent'. The name Triple Trouble was decided upon due to the fact there were three antagonists in the game, with Fang, Knuckles, and Robotnik as the eponymous Triple Trouble.

sonic 8-bit games be like "Y'ALL LIKE TUBE MAZES?"
i've honestly never played a video game in my life

the next 8bit platformer is especially bad about it

BobisOnlyBob
Mythical Quadruped
Posts: 1261
Joined: 7 years ago
Location: the world is no longer a place

Heavy Sigh wrote: ↑ Meanwhile, overseas, the character was originally revealed to the public as "Jet" for reasons lost to time.

Heavy Sigh wrote: ↑ Meanwhile, overseas, the character was originally revealed to the public as "Jet" for reasons lost to time.

Made me think of this, for some reason

basically pachinko with unwinnable states is a great idea for a final special stage what are you talking about it's the best ever1!!!!

Grounder wrote: ↑ basically pachinko with unwinnable states is a great idea for a final special stage what are you talking about it's the best ever1!!!!

What do you mean? I thought it was pretty well thought out. The waterfall gives you a cue on where you're aiming for. The game gives you a Spring that launches you TO the waterfall without making you curl up, so you land on the bottom without breaking it. Like raocow said, it's literally a puzzle using the quirks in how the grey orbs work. Hell, they even include the grey orbs in the previous Special Stages so you have plenty of opportunities to learn how they work. Remember, the first Special Stage had a huge corridor packed full of them that you could only get past if you figured out the quirks in how to break them. The previous "basket jumps" were to emphasize that the waterfalls in the background were going to be used to mark secret spots or things to aim at, which was incorporated in how to know which hole to aim for. Plus, the "pachinko pins" were placed where if you aimed for the waterfall in the very beginning, you'd bounce back and forth a bit, but they wouldn't knock you away from the waterfall.

Even the last part afterwards where raocow had to climb up was an extension of the puzzle, having to realize that you needed to use the Springs to get up onto the grey orbs without breaking them, and break the habit of just jumping up onto where you want to go that's damn near ingrained into anybody who's ever played a platformer.

I honestly think it was a pretty neat puzzle, that gives you a real "A-HA" moment when you realize that it is indeed a puzzle you need to solve. All of the previous Special Stages were used as hints to lead up to it. Plus, like raocow realized when he saw the save states, there's more than one Special Stage entrance per Zone, so it's not like each failure means you need to replay the entire game up to that point. At worst, it's another victim to raocow's "play through it once" thing. If you had bought this and was trying to complete it all on your own, you'd realistically be playing the game multiple times, so you'd have even more pattern and behavior reinforcement drilled into you. You can't tell me that after however many times it took you to reach the final Special Stage over multiple playthroughs that you wouldn't have come to know the way the game engine behaves as far as when you curl and when you don't, and how those grey orbs react when you are and aren't curled.
Top

Okay, but it's a puzzle with a short time limit to place the pressure of progress on you instead of letting you solve it, no way to view the entire puzzle until you've been flung into it and have to solve it, several instant-failure conditions that you can be forced into by accident due to the wild physics of bouncing off the orbs, and only, at maximum, eight opportunities to solve and clear in one playthrough. Which, in this day and age where there's no real reason to come back to it, might be your only playthrough.

Oh, and you might not even realize it's a puzzle until you've died multiple times to falling into pits. And I don't feel like "you have to play it a million times to figure it out!" makes it forgivable, or good design. There's a reason we left this kind of design behind.
convenient noise thread for stress-relief purposes
Top 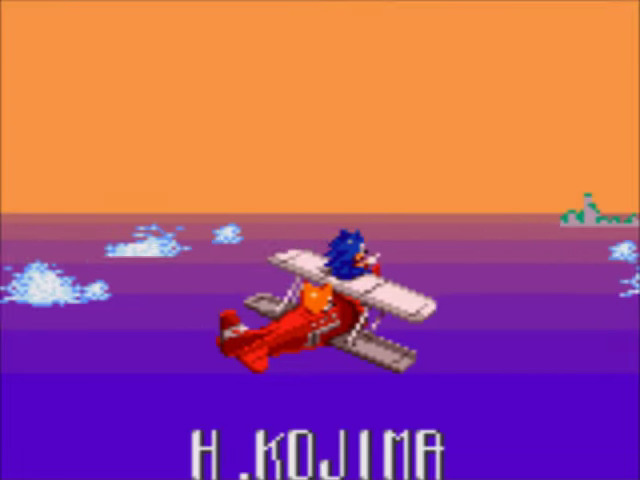 game
Why don't you eat me?