this is the place where lps are being talked about. it's important to talk about games being played on the internet.
Post Reply
294 posts

Barely visible spamfest was the winning run over "generic" layer two stuff??
Would not have taken that bet, halfway through.
Top

I'm just as surprised as you are
the chillaxest of dragons 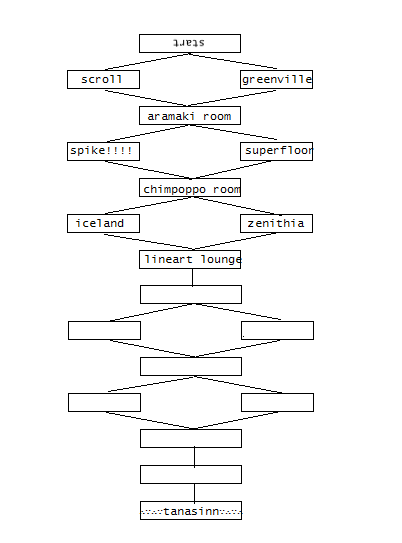 the dq6 stage sucks ass. i'm not just saying this because of raocow having trouble with it, it legit sucks ass. fuck that you have to jump down into an unmarked pit to progress. it especially pisses me off because its draque????????? like How Dare You
twitter (spicy at times!) | avatar by kuma

the dq6 stage sucks ass. i'm not just saying this because of raocow having trouble with it, it legit sucks ass. fuck that you have to jump down into an unmarked pit to progress. it especially pisses me off because its draque????????? like How Dare You

I love how raocow just refers to you as "Lion" in his videos, it's pretty neat

I didn't remember this level, but oh boy, is it a thing.

Re: VIP 5 2019 - Like raw blink popularity to purple pineapple eater

Guess that's what I get for not having a Discord!

That '4 Swords' swimming section is pretty rad. Highlight of the final level to me.
Top 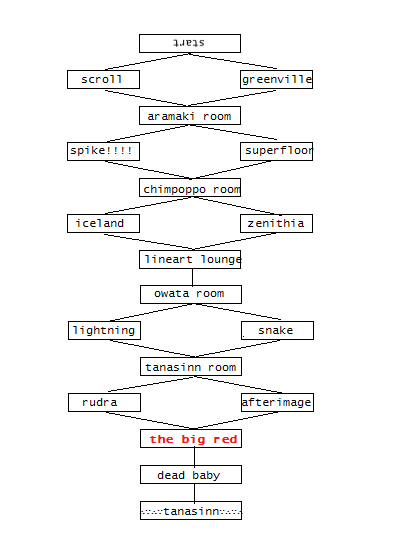 Lightning was originally barely playable due to how ZSNES handles brightness compared to real console.

Eye suspects that SNES9x and ZSNES don't emulate the half-color enable bit in the Color Math Control Register settings, brightening up the darkness in the spotlight code, thus she removed it to look like the VIPPERs intended (brightening it).

It took a little back and forth to figure out what was up, that's just how testing is like in programming.


Had the spotlight code not set the ['half-color enable'] bit when writing to $40
I strongly suspect ZSNES and snes9x do not emulate that feature.
(...)
Basically, turned the LDA #$FF at $83C505 into an LDA #$BF

This did affect Hyper 6 too just btw
twitter (spicy at times!) | avatar by kuma

Re: VIP 5 2019 - Like the flicker of hope To An adveNturer At the Sheer clIff of saNity's eNd

Considering how expensive glasses can get, i'd say vision is a privilege.

So DKC2 will be the last game raocow ever plays for us, right?
Top

tanasinn is roughly 8000+ lines of code, multiple sprites comprising the several phases and attacks all compiled into one asm file, separated through branch tables

is that disorganized and complete hell to try to comprehend if you're not carol or an absolute himbo like me? yeah
does it save on sprite slots????

edit: also i have never read any stephen king books (yet, sorry) so i couldn't call out the reference to dark tower.
i can't speak for the rest of the team
twitter (spicy at times!) | avatar by kuma

Postby This Eye o' Mine » 5 months ago

I don't think we could be absolutely sure about the dead baby joke being a reference to The Dark Tower, considering that joke has a life of its own outside that, though I do admit that it would be pretty unlikely for a joke like that being made in a work from Japan without it being a direct reference to some kind of popular American work that made it there from overseas. I can't really speak for how close the context here is to that book though.

Also you try fitting more text into that note. We haven't invented the technology for chained overworld notes yet.

This boss' hardware issues were much the same as Julius, except much more severe due to the density of graphical effects. It uploads to palette RAM on about eight seperate occasions (and in three seperate completely different ways). Not only that, but the amount of data uploaded to VRAM in one frame was frequently so much that it caused annoying flickering of the entire screen, as well as corrupting the palette regardless of whether uploads happened while the screen was still turned off.

These are some of the effects you would get:

The lines on the screen there are a handy visual guide as to at what point in the frame it tries to draw palette data. As you can see, Boon no longer has a face, which in a way adds to the atmosphere. Though I don't have a screenshot of it and am too lazy to make one right now, the palettes of the question mark box in the second phase as well as the entire hue of the screen would also change frequently as a result of certain attacks.

Fixing this boss was a similar process to fixing Julius (who was done second so most of the work was already complete at that point). However, due to the vast amounts of data Tanasinn in particular required rewriting of the upload routines on several occasions to make them go faster, which in some cases wasn't very hard as some of them were not even using DMA even when they could, instead preferring to respecify the upload address for every single concurrent byte uploaded by the CPU. For the VRAM data though, which often tried to do 2k bytes in one go, it was necessary to spread uploads across several frames.

Even after everything was done, there's still a glitch that I've only seen happen on BSNES+, which I just have not been able to find the cause of at all. HDMA gets screwed up and seems to fire before H-blank (or maybe after it), resulting in Tanasinn's color gradient getting applied to the main screen overlay instead and well...

...I can't say it's entirely unappealing.

Nevertheless, it's kind of an annoying thing that the root of couldn't be found. Everything I've managed to research about SNES hardware says that this shouldn't be possible, and debugging doesn't reveal anything out of the ordinary. It only seems to happen after savestates are used, and only rarely, so perhaps it's a really obscure thing with the emulator's savestate serialization, but I really can't tell.

And now, as usual I showcase my failures along the way:

Tanasinn does some redecorating for the end screen:

Then he picks up some cans of purple, black and white paint, and pulls a Mr. Bean at Christmas:

Finally, he does the Tanasamba!

EDIT: Maks just informed me that the latest update to BSNES+ released a couple days ago has the following things in the changelog:

...so I'm wondering if that was the cause of the issue I mentioned with the rainbow screen. In that case, make sure to update your emulator if you're for some reason playing this with the debug fork of BSNES.

This was the best carol boss I've ever seen, that was so cool and everything looked super fun aside from the letter attack kinda taking too long sometimes. I really need to play this game, but I think I'll wait a little while so raocow's run isn't fresh in my head for that.

FourteenthOrder wrote: ↑ This was the best carol boss I've ever seen, that was so cool and everything looked super fun aside from the letter attack kinda taking too long sometimes.

Yeah, carol is a very style over substance sort of person when it comes to boss design.

He's good at recreating aspects of other games (coding is questionable but), however he is pretty poor at making them work in a platforming context. He's more of a coding sort of person than a game design sort of person, which I don't fault him for, this is just a hobby.

A lot of his bosses only have one way for the player to attack, using the boss' attacks against itself (the tongue in Zable Fahr, the tornado in Julius Phase 3, the grab-able sprites and shells in a lot of other bosses of his), resulting in waiting a lot for the RNG to bless you for the one instance where you can actually deal damage to the boss.

Part of me wants to believe you can design a Mario boss that looks impressive without having to sacrifice fun.
More varied ways to fight back, using the opponent's attacks or otherwise, would make for an easier fight that would probably make it so the player could skip over a lot of the pizazz, but it'll balance out and make it funner, I feel.

Just something that doesn't force you to wait around for one single opening while the enemy has 9 different attacks.

There's a reason Kirby makes it so you don't have to suck up stars and objects and spit them back out to attack since the second game.

EDIT 2: I forgot about worldpeace

Guess that's what I get for not having a Discord!

To be honest, I remembered the room before tanasinn more than i did the actual boss fight, but that doesn't mean it wasn't super impressive now. Congrats on finishing VIP5 again raocow!

no one can absolve you of your tanasinns.

Amd we'll never see the letter V I P in that order, ever again.
Top

Ashan
The world has become a place
Posts: 2213
Joined: 9 years ago
Location: Canada