by GenesisJames
Some new drawings. Gonna try to do a lot more now.

To celebrate Metroid Dread’s release, here’s Samus! I’ve been waiting for this game for like 10 years, and it’s been a blast to play so far. Samus is also one of my favorite video game characters ever and my first fictional crush because I’m a simp lmao 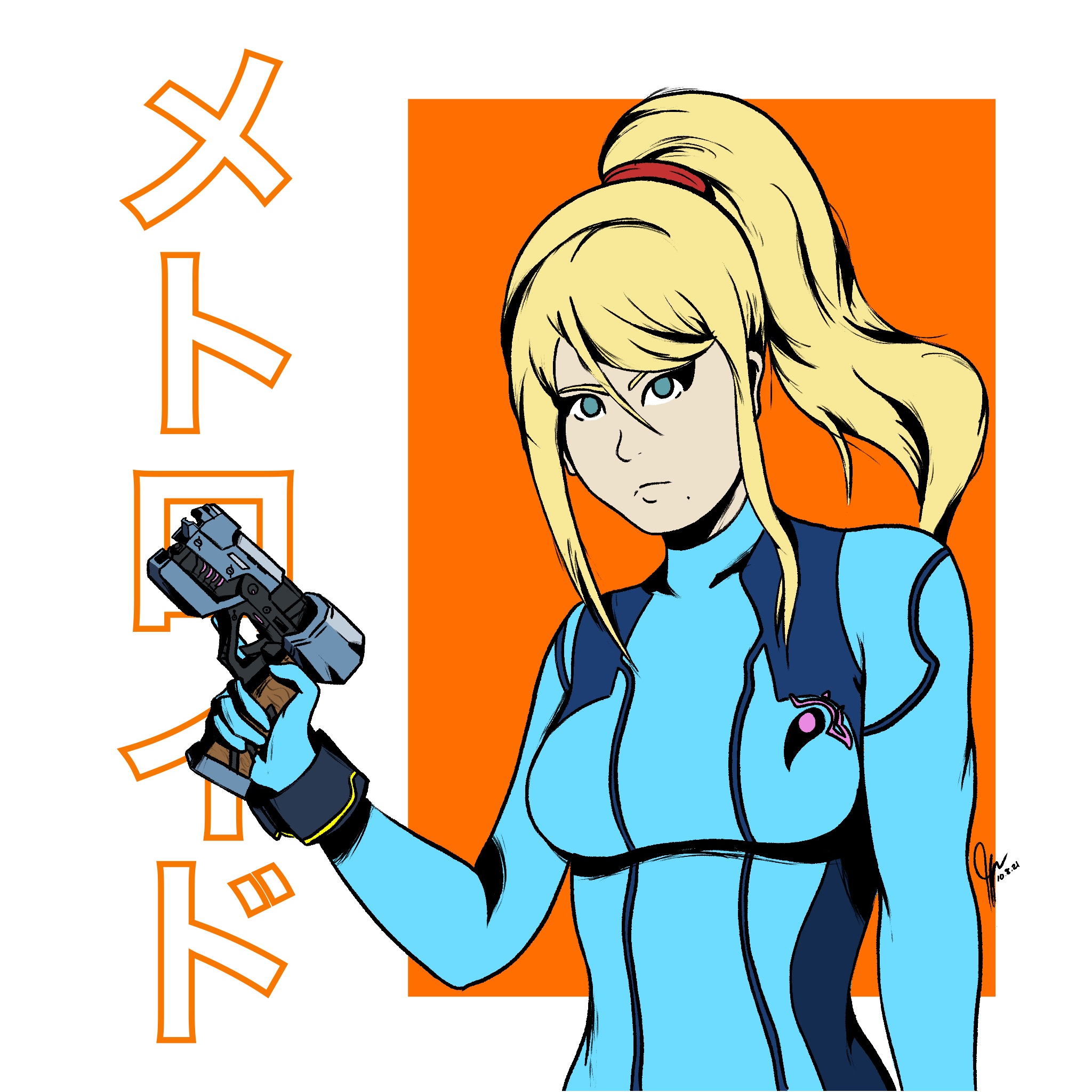 Experimenting with a new style, so I figured I’d try it out on a relatively new OC of mine. She’d definitely be the final boss. 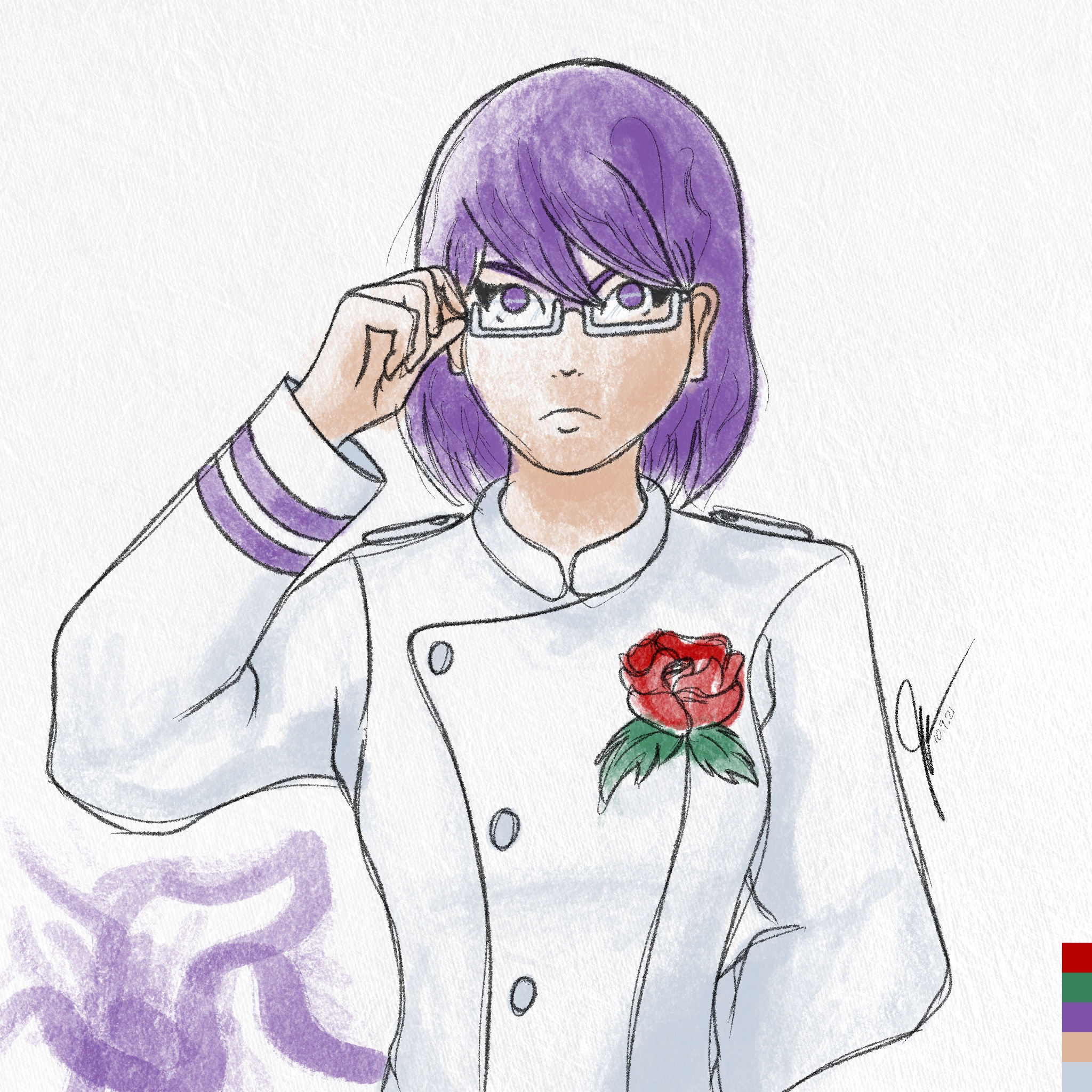 by GenesisJames
I always forget to post my drawings

I was going to do a Drawloween challenge that a friend sent me but I realized I’m not good at drawing most of what was on there; gonna have to practice that. To keep up the theme though, I drew our favorite vampire from Touhou, but I gave her a more “traditional” vampire outfit. Still continuing to test out the new style; I like the line art a lot, but I might try going for a watercolor brush to color instead of this colored pencil-looking one next time. 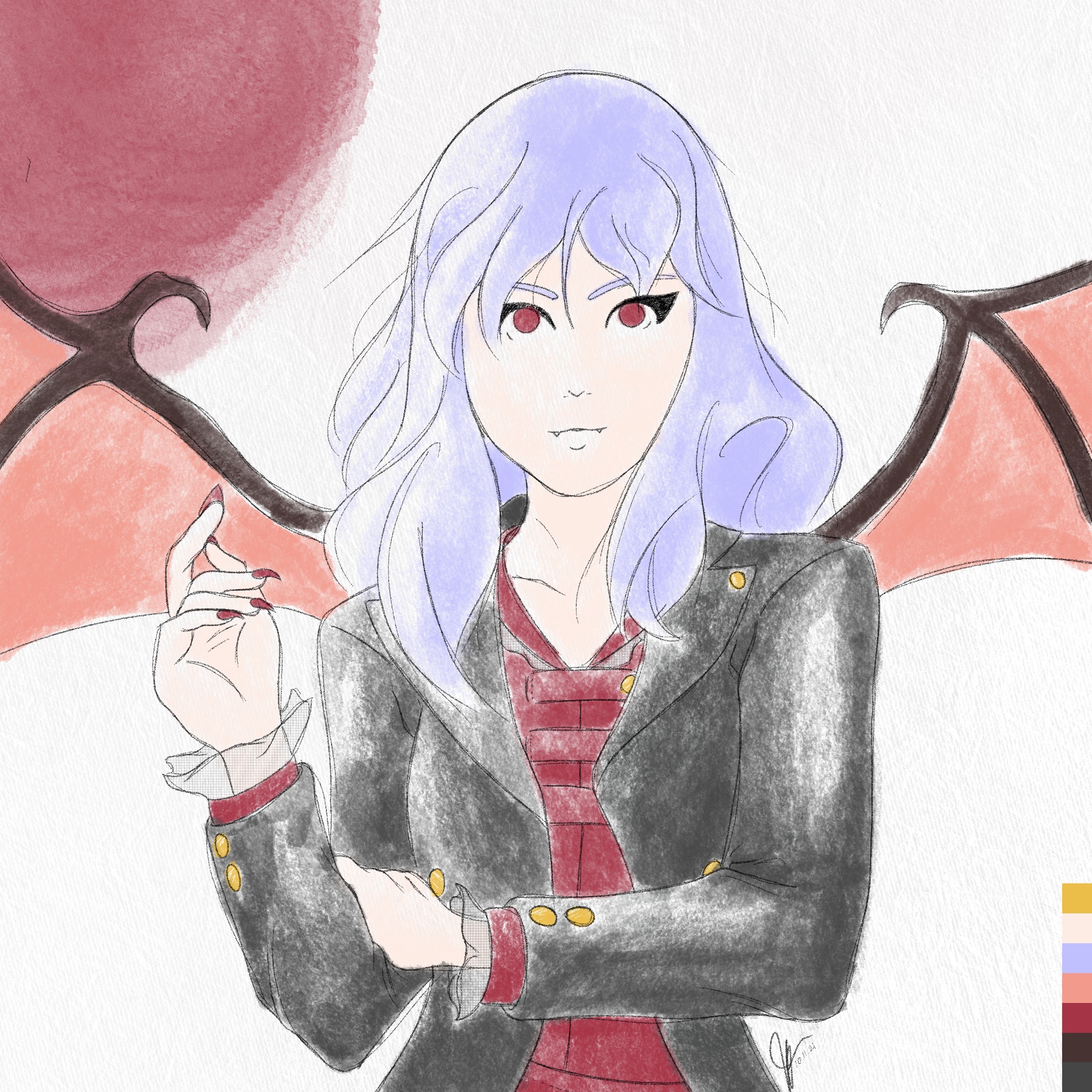 Thinkin’ about her… Arezu… from the new Pokémon…

Found a new brush set from @freya.arts that I really enjoy. I like this one, but I think I found an even better one in the set, so I’ll try that one on my next drawing!! 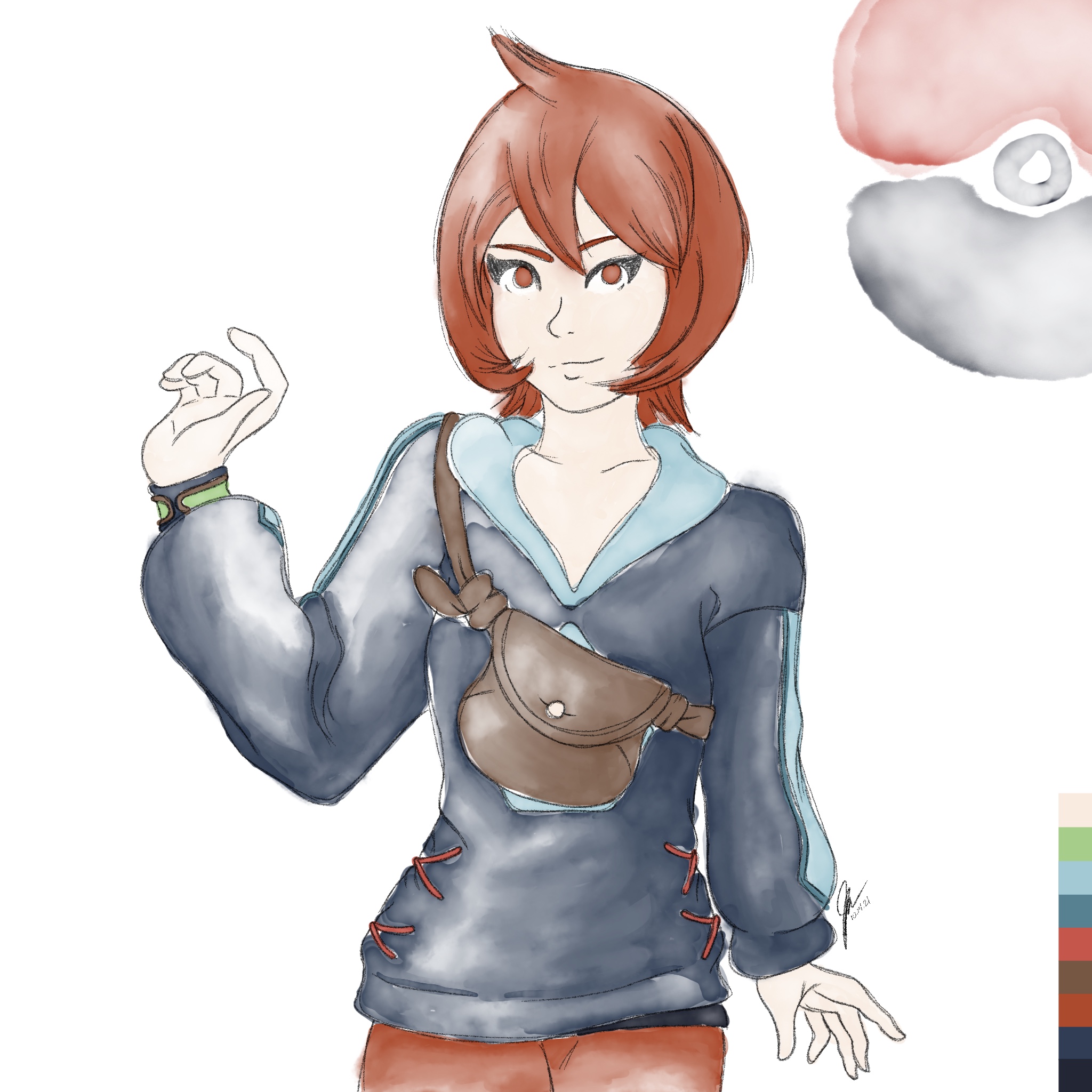 Yeah, it happened, I finally drew a dude. I always thought Morinaga kinda got shafted back in Yakuza 5; he was just sort of forgotten about despite being built up pretty hard. He didn't even get a tattoo design! I thought he was an interesting character, so I made a mockup tattoo of an enenra for him; I thought it fit his role in the story. Kind of an experimental coloring style; I like the brush and use of lighting, but I'll need to experiment to make it feel more full. 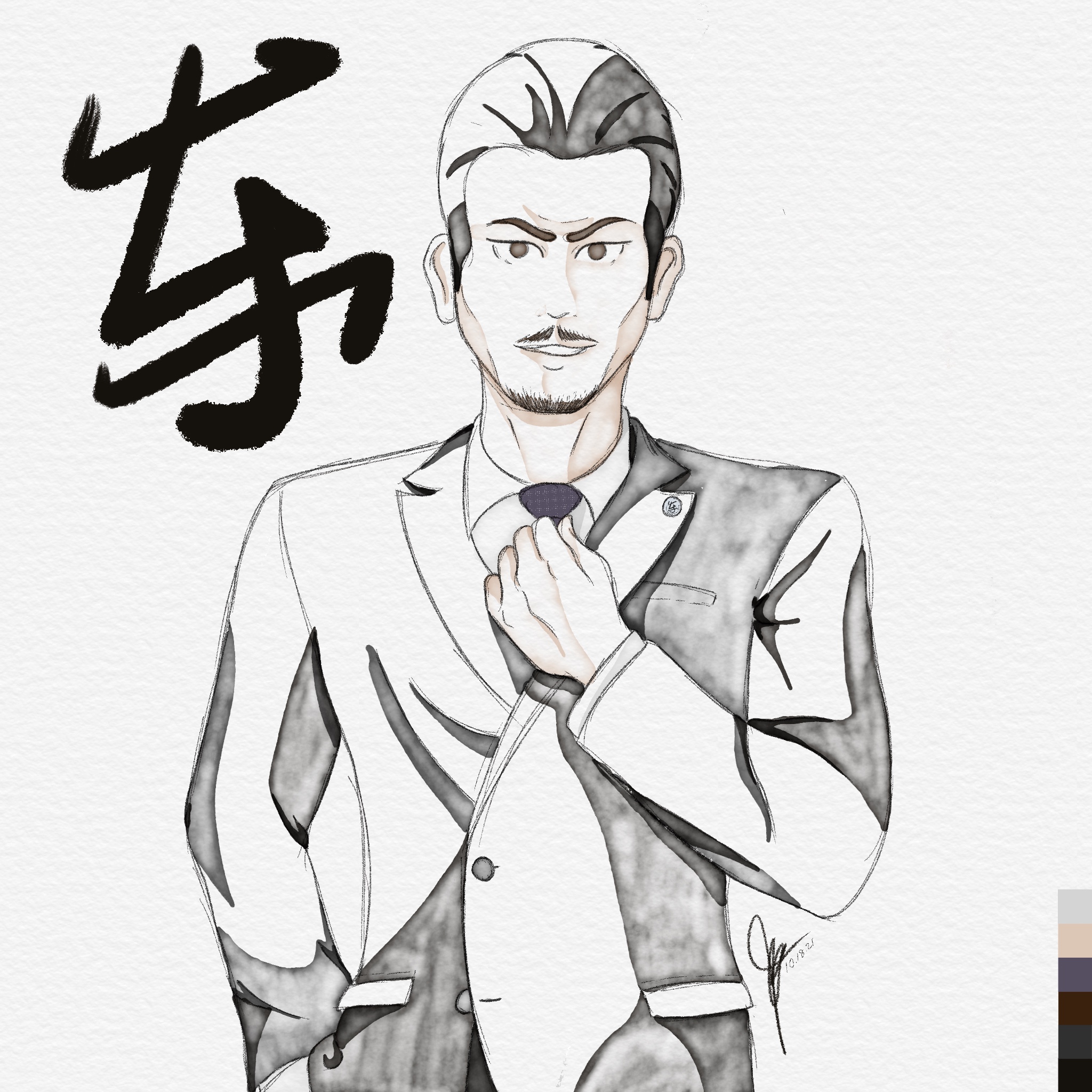 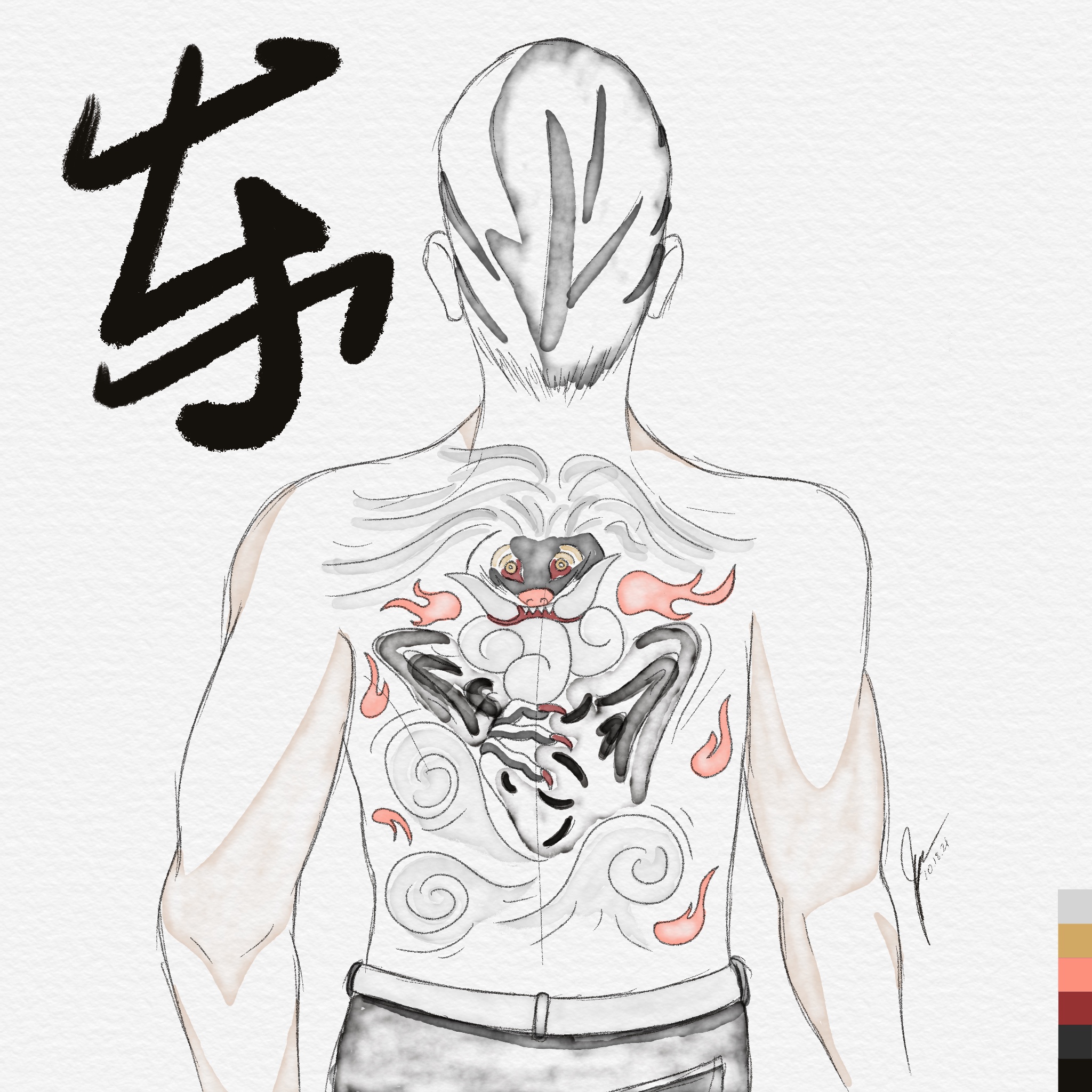 My favorite character from the new Touhou game, and probably one of my new favorites from the series overall! I haven't 1cc'd the game yet though because it's hard and I feel like I got worse at Touhou lmao

This new style has been fun to experiment with, but I think I'm gonna go back to my old one and work on refining it. Might take a few ideas from this and apply them there tho 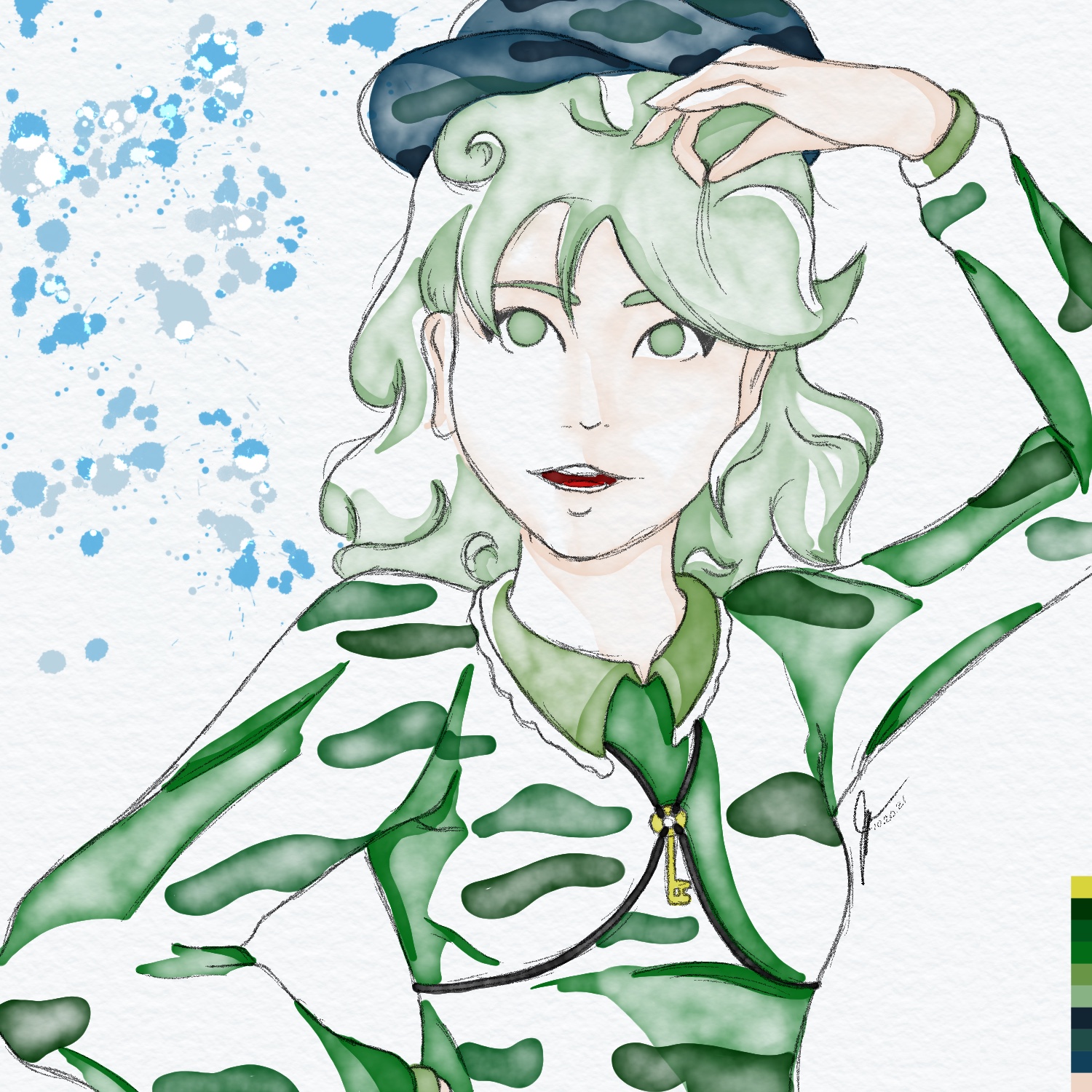 I’ve been sitting on this one for a while and finally decided to finish the sketch. Catch her with Maxwell in the library 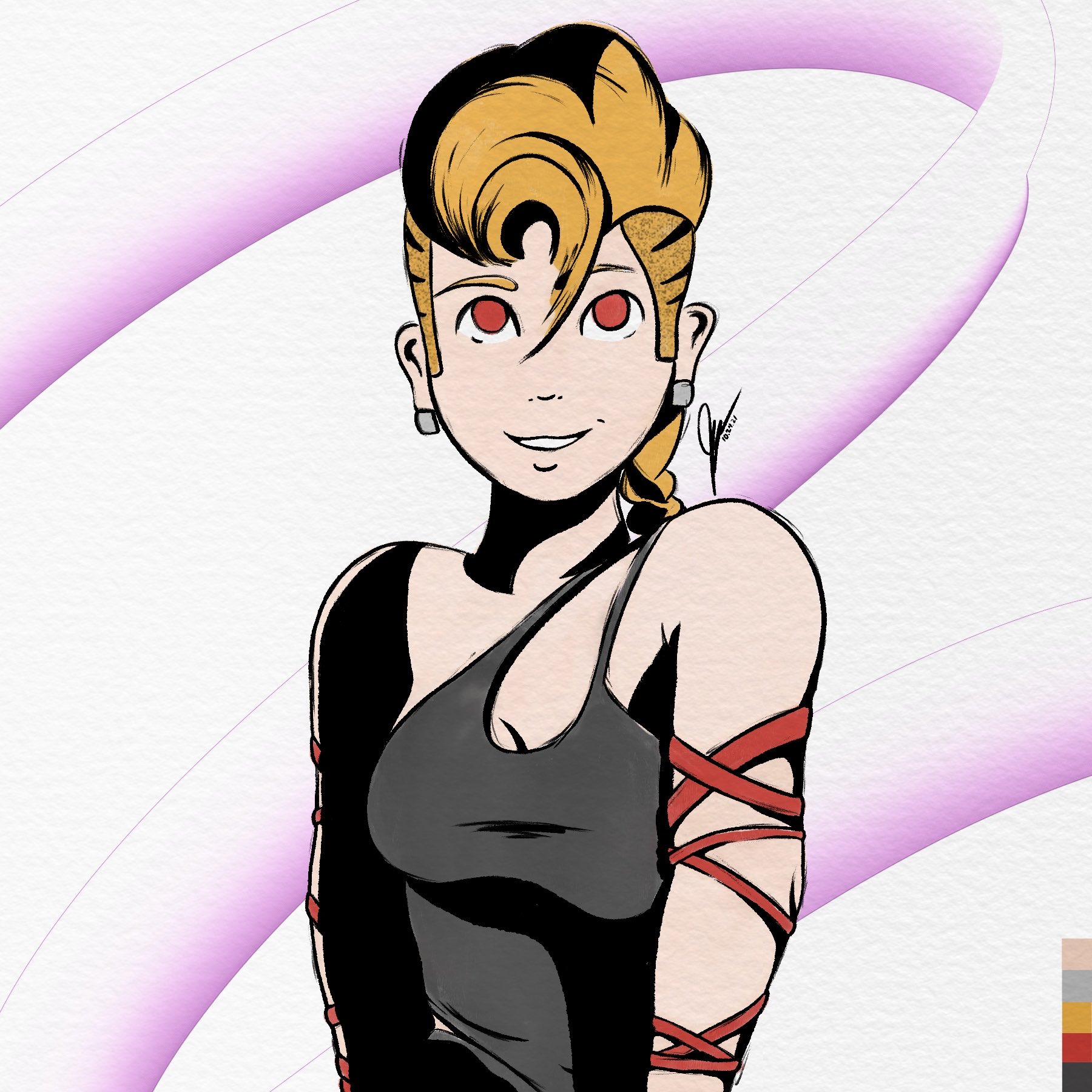 by Quadro
Dude, these are great!
Good job!

Quadro wrote: ↑10 months ago Dude, these are great!
Good job!

Just seeing this now but I really appreciate it!! I'm taking a break for a bit to practice drawing some more but I should be back to posting pretty soon!

by GenesisJames
Damn, I really forget to update this thread. Here's some... * sorta * recent stuff!! 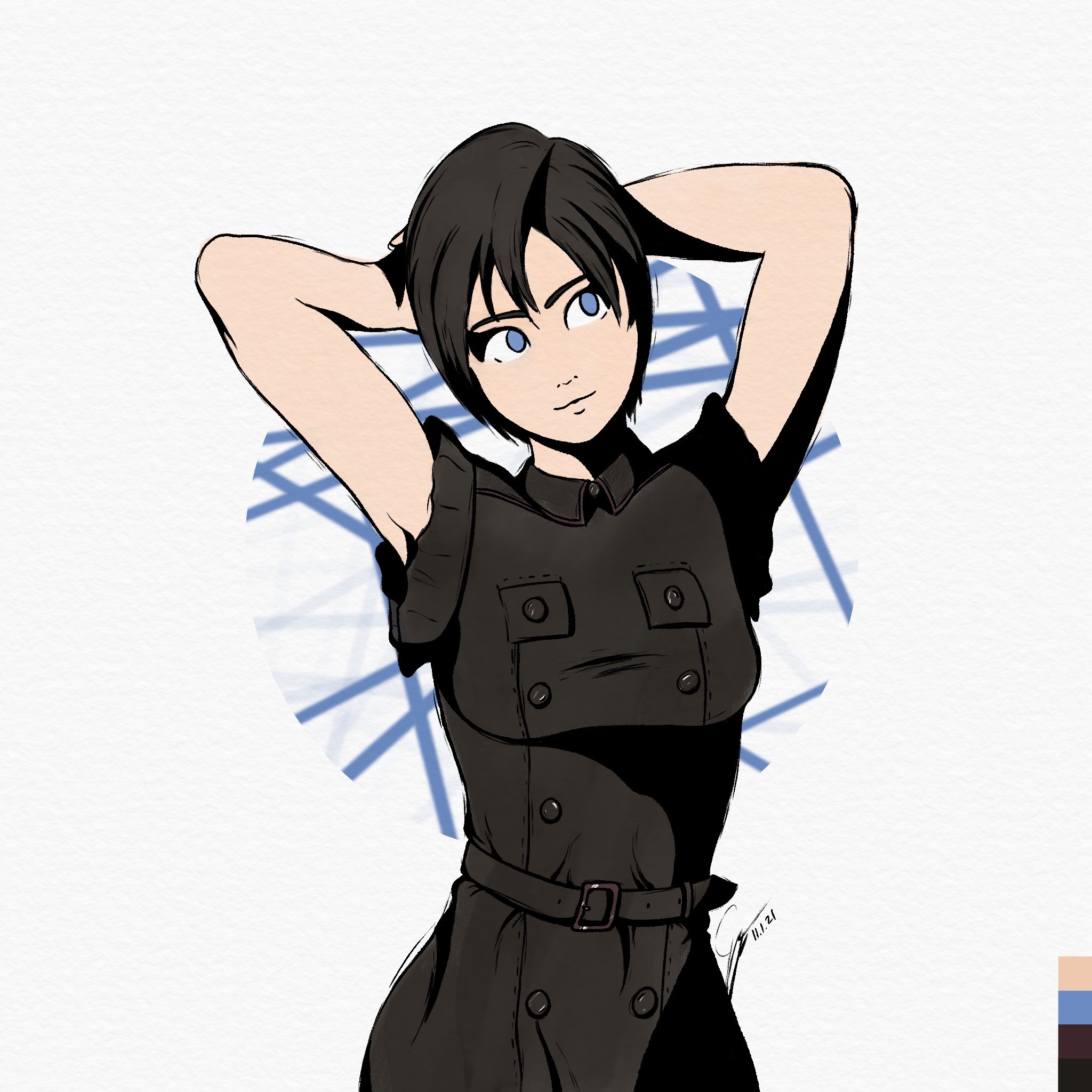 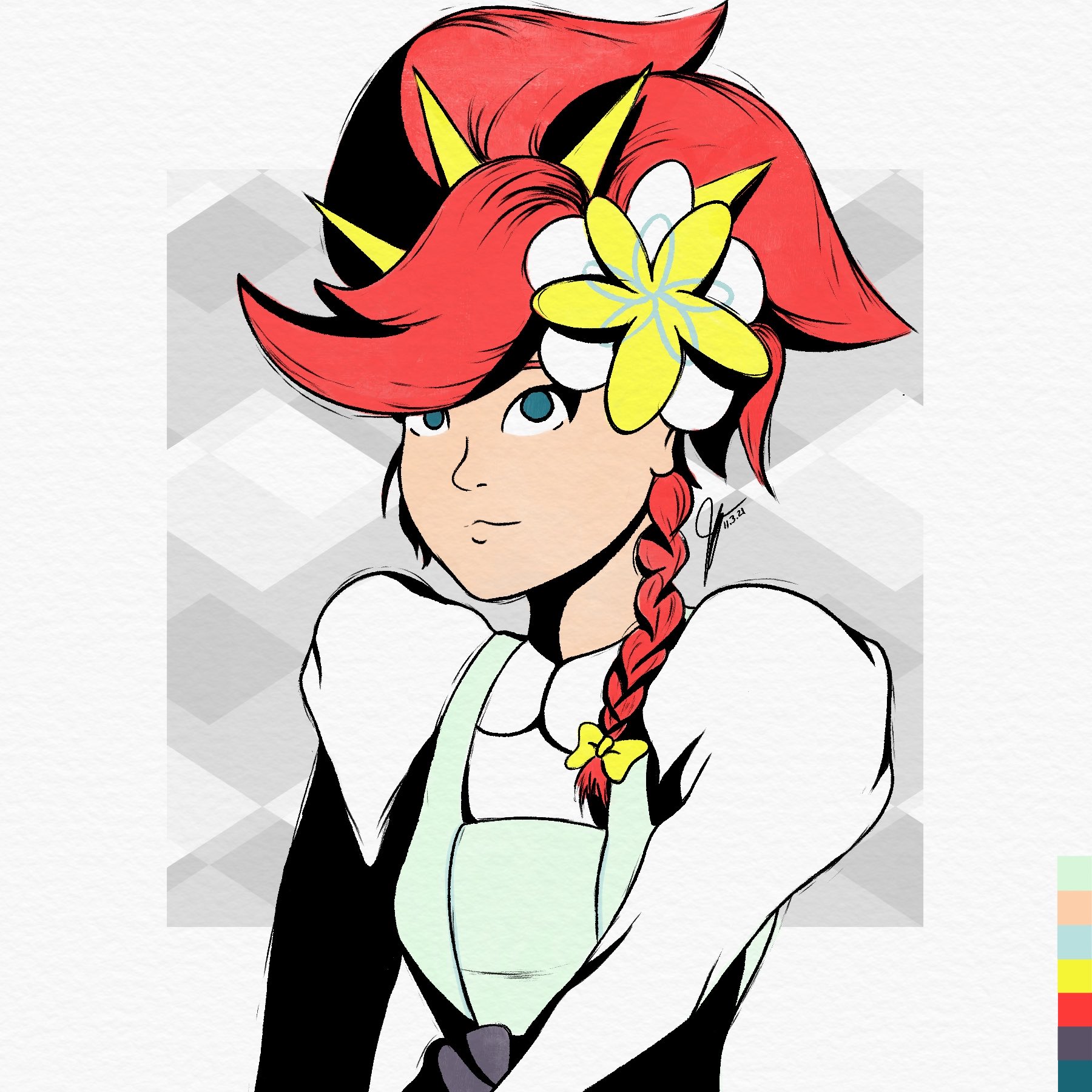 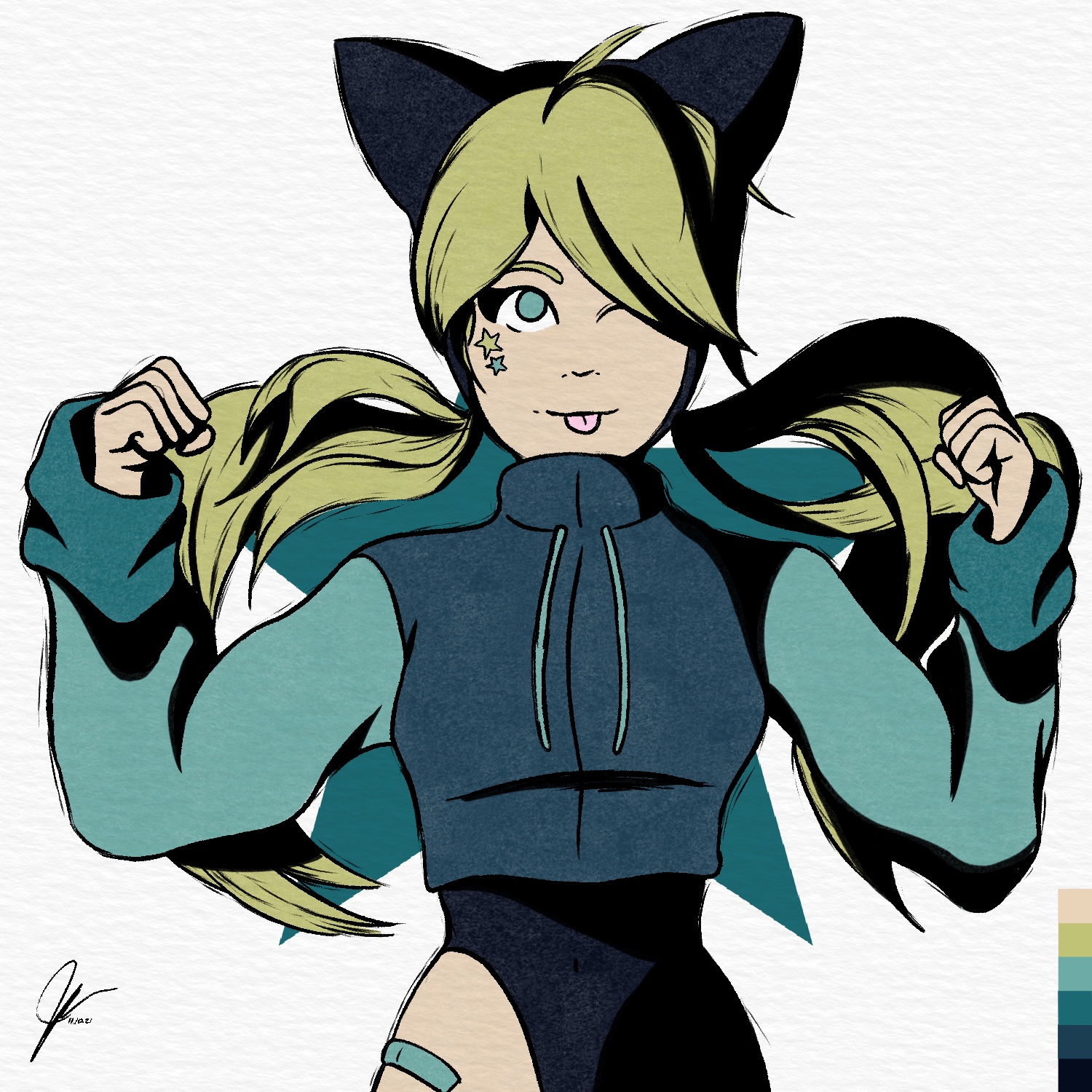 Character sheet for my OC Deirdre 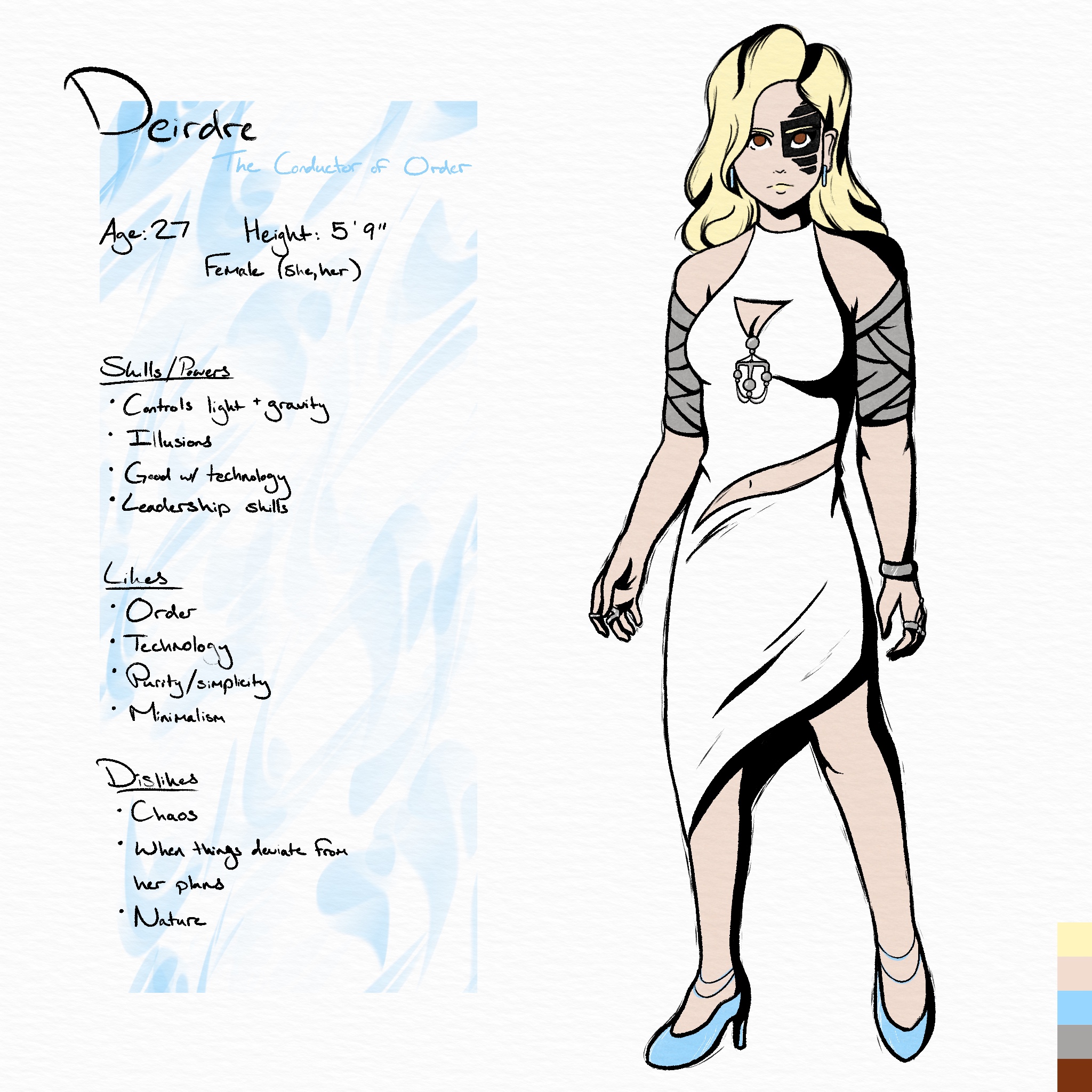 Shoka Sakurane from NEO: The World Ends With You (play the first game on DS and the sequel on whatever NOW) 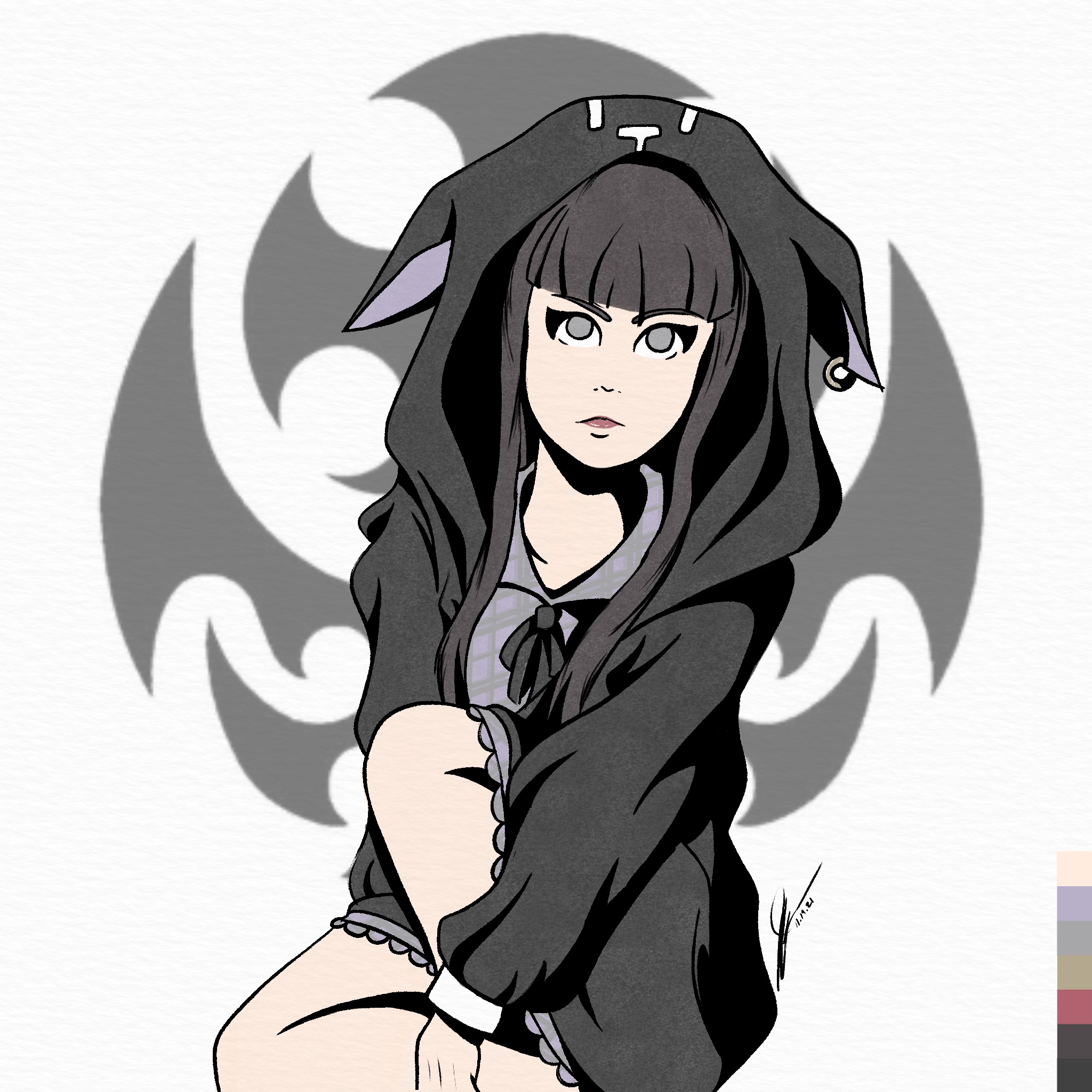 A gijinka of one of my favorite Pokémon Meloetta 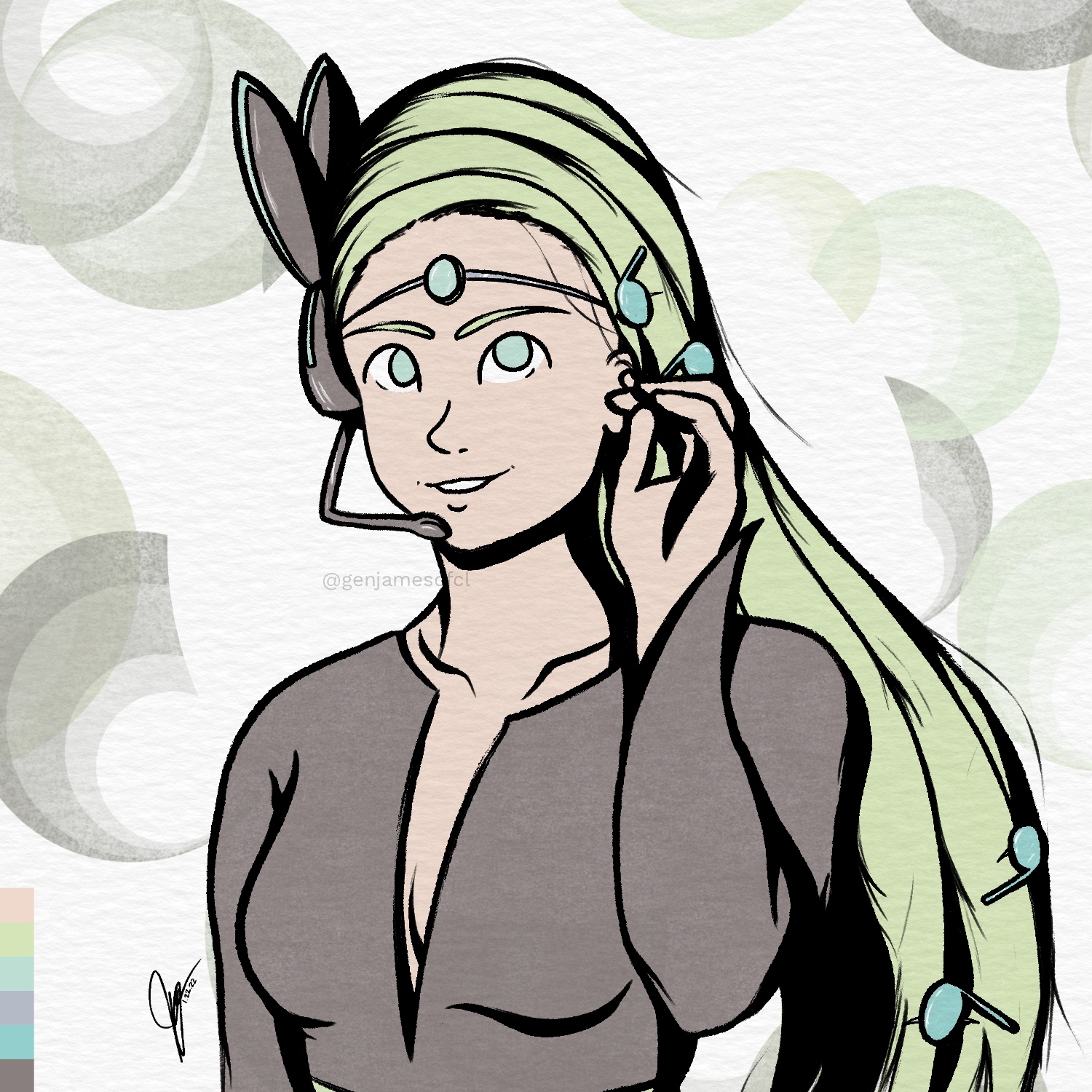 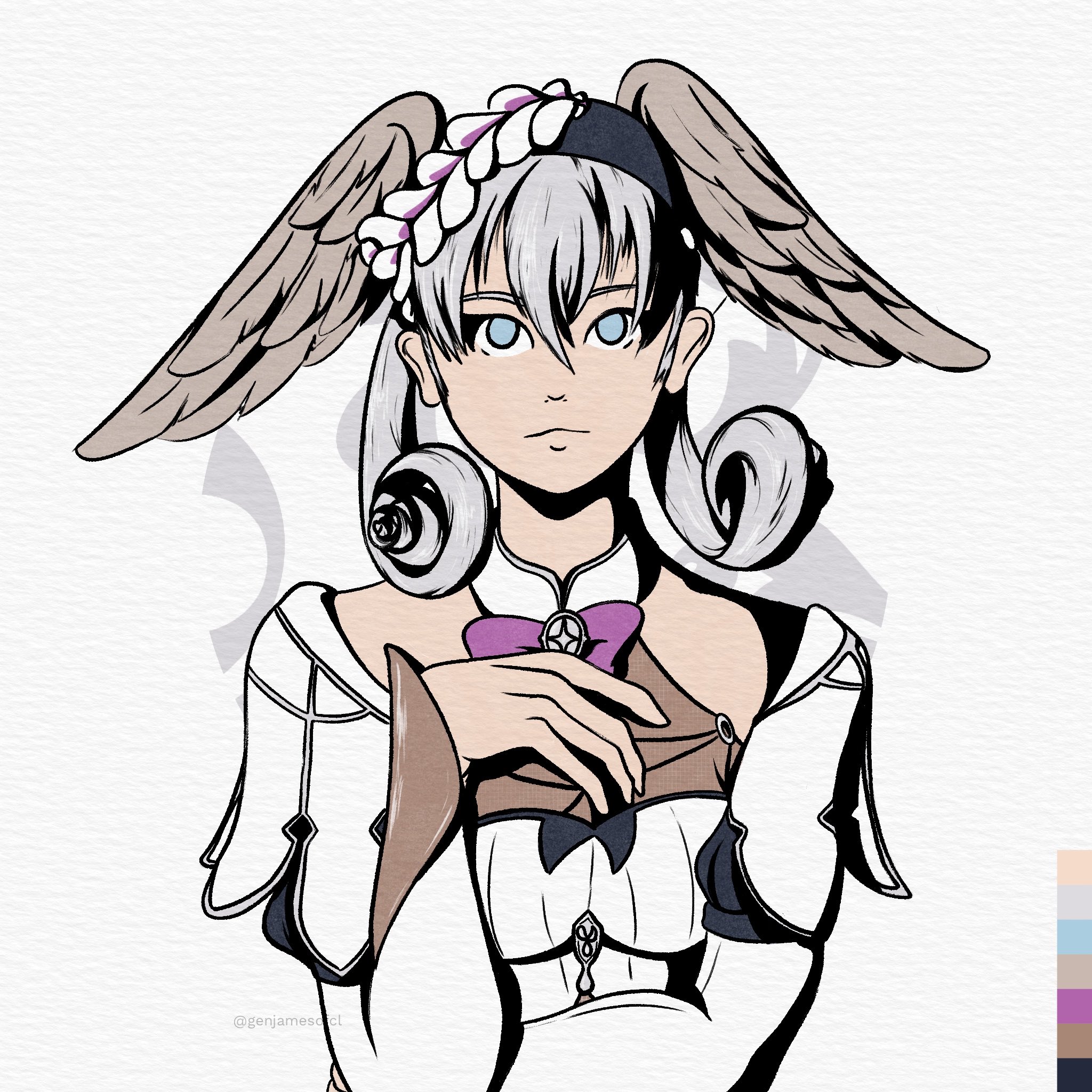 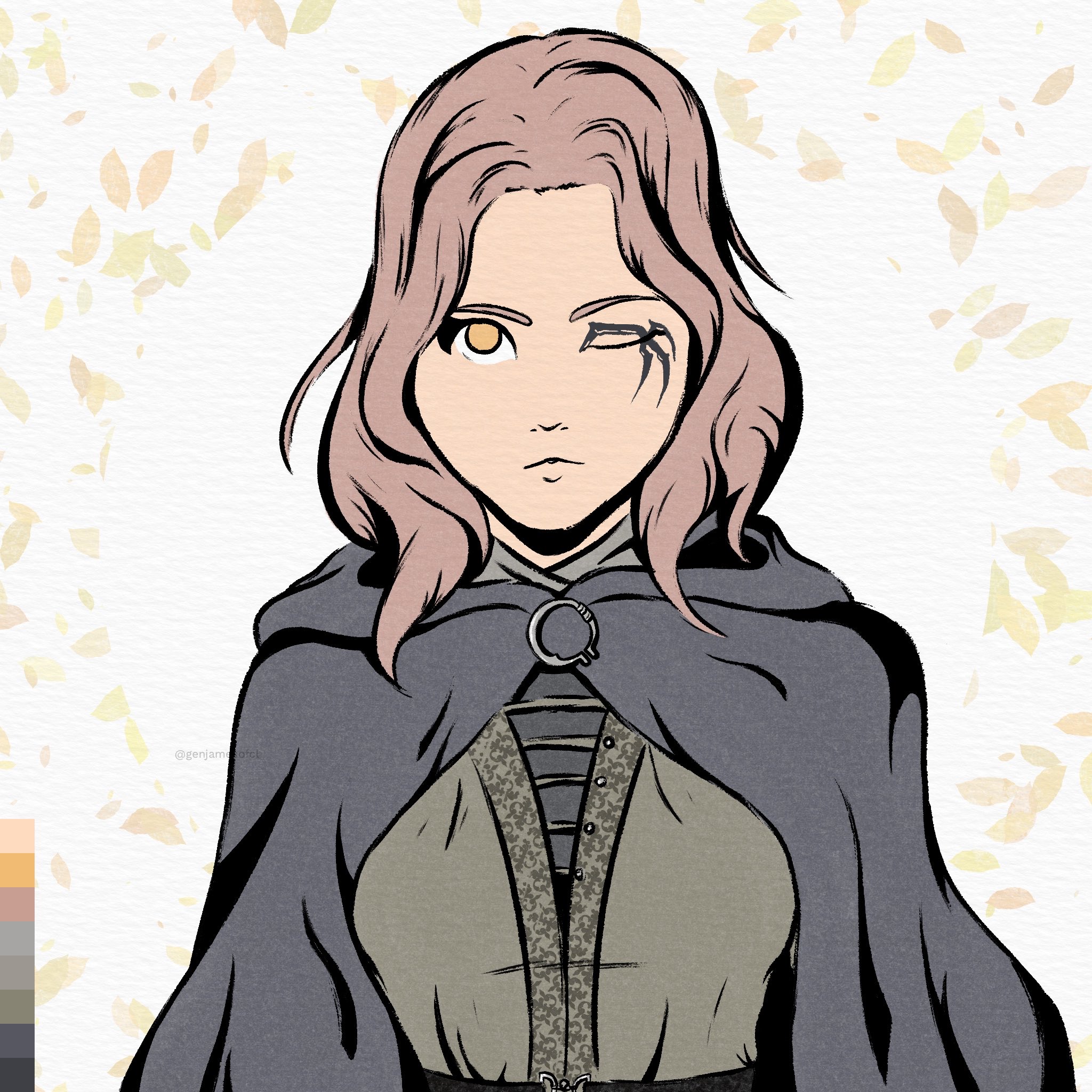 Rheuma Lukøje, the Harbinger of Dreams

Finally got around to doing a character sheet for another one of my OC's! She has no relevance to the others I did previously but still lmao

Lore:
- A girl born from nightmares. Using magical sand, she puts her victims to sleep to feast on their dreams, gaining power in the process. Those who have their dreams eaten never wake up.
- Rheuma’s true form, despite being incomplete, is the embodiment of nightmares themselves. From her, all other nightmares are born, spreading her influence across the land. She can appear in and out of the dream world at will, collecting her victims’ eyes to bring back to her lunar nest. 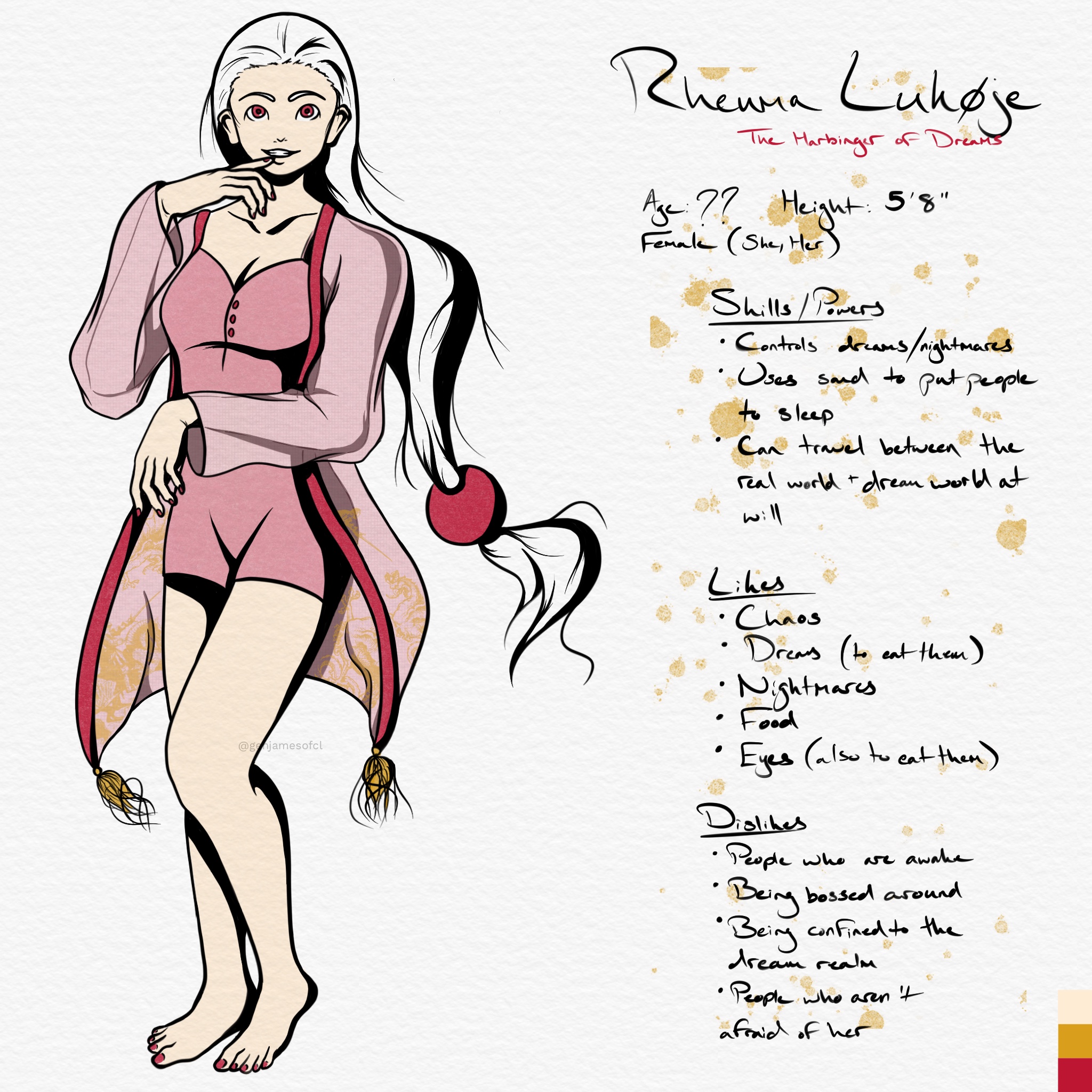 by GenesisJames
Got two new drawings. 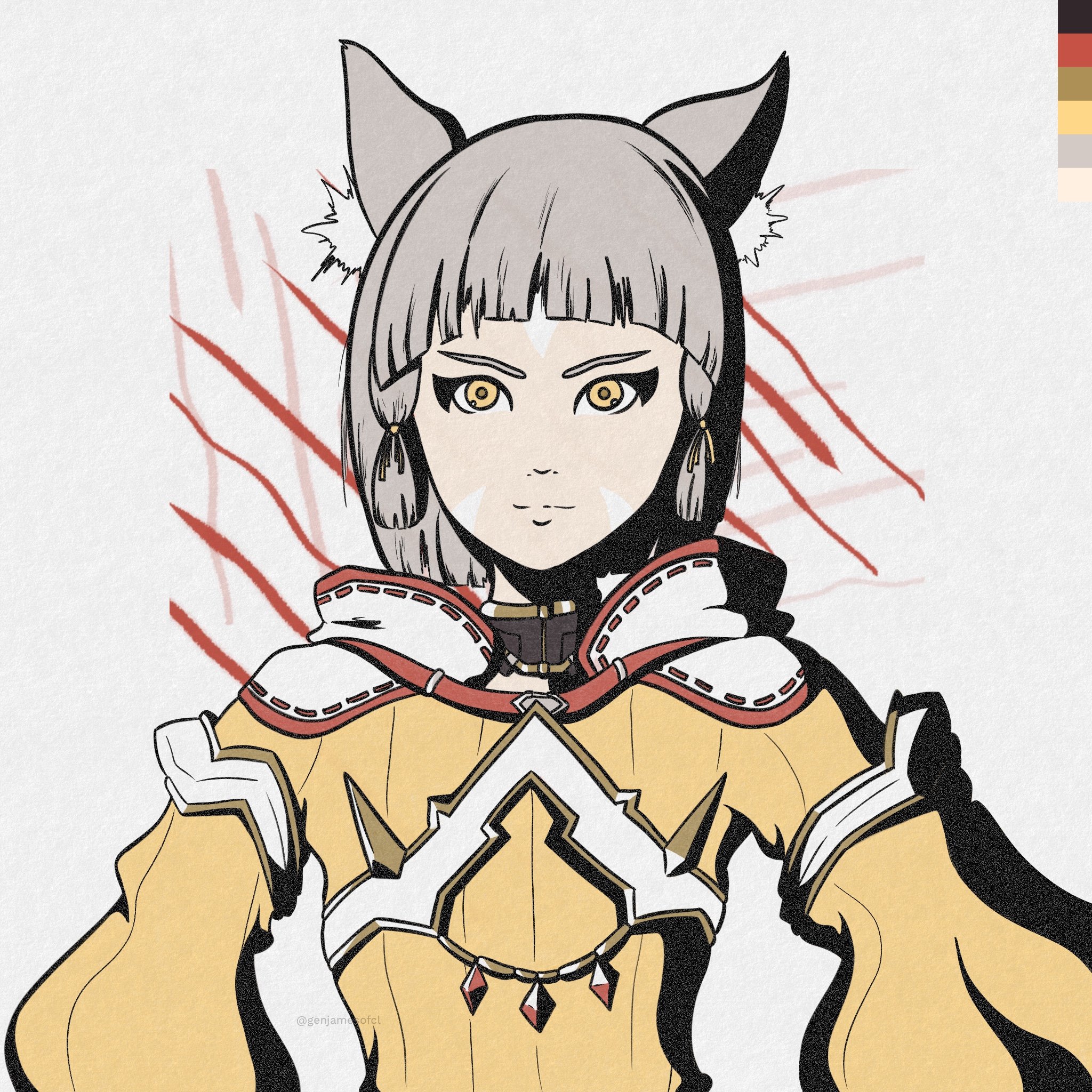 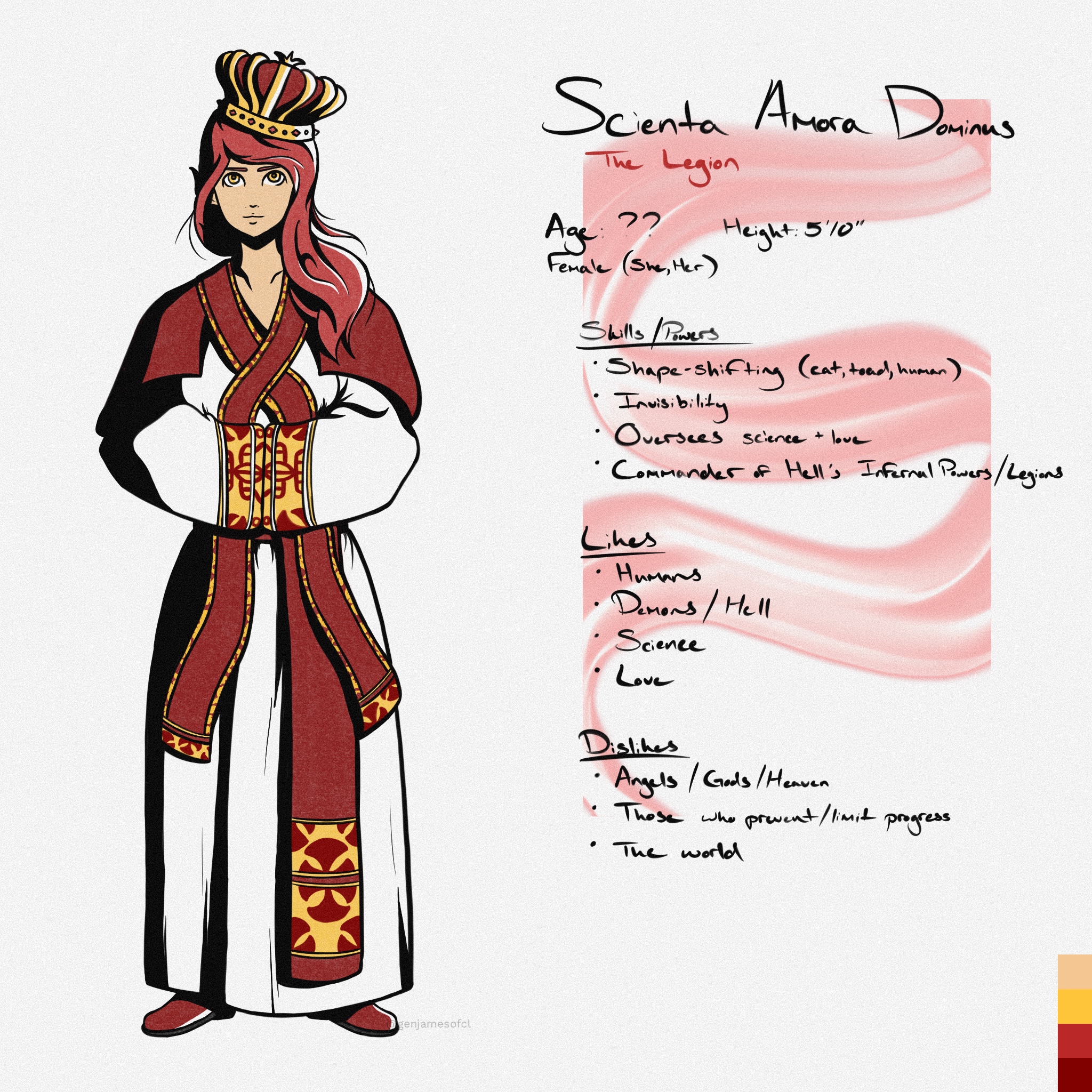 Scienta's Lore:
- Leader of the 66 Legions of Hell. Known to take the form of a cat, a toad, and a human, this demon seeks to overthrow the institutions of Heaven. Considering herself a champion of the humans who did not receive Heaven’s blessings, she imparts forbidden knowledge unto them to strengthen the resistance against the gods. Her calm demeanor often shrouds her true strength in mystery.
- Scienta believes obtaining the Key to Heaven will ensure her victory over the gods and angels of the realm. Though she is a demon, her dominion over invisibility, science, and love are an attractive prospect to her followers, who grow by the day. This instills fear into those heavenly beings, who see these qualities as a threat to their power and influence. Despite this, Scienta has never led a full-on assault of the heavens… until now, stopping at the gates of Heaven, as if waiting for something.
All times are UTC
Page 3 of 3