wanna make a game, or anything else? seminal bloom!
Post Reply
53 posts

Minus the flagpole, since Mario's Nightmare Quest uses SMB 3 goal roulette cards, not flagpoles. Flagpoles use too much graphics and level design space to be practical.

I've also been learning a bit of ASM too. This is mostly just custom blocks and level ASM/generators, but am learning how to create custom enemy sprites as well. Some new additions there include:

A better system for barring off the final levels till you get all exits (aka the number of exits you'd get without beating the secret levels)
Those flip platforms from Yoshi's Island that are spiky on one side, non spiky on the other
My own version of that 'ascetic' gimmick where getting points kills Mario.
Enemies controlling Mario through special blocks and gimmicks
A version of the Boo Mario setup using layer priority and special blocks/sprites
A vertical rocket barrel style level set underwater (aka where the rocket/jetpack thing goes constantly upwards rather than sideways)
Casino level with mini games, including a sequence based on WarioWare

And various others yet to be decided on.

Finally, I've also got a game designer from a well known company who's going to review the next demo and give critical feedback. May also get some other game design analysts to give feedback too, like a game design study group I'm involved with and some popular YouTubers specialising in the subject.

Not dead, just being redesigned. With some interesting graphics, mechanics and level concepts too... 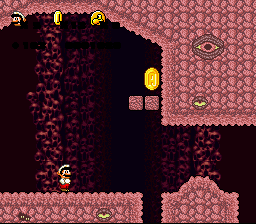 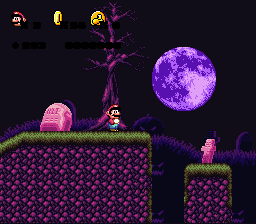 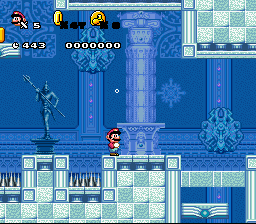 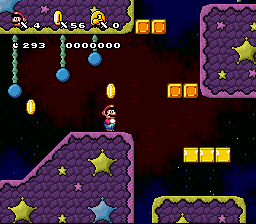 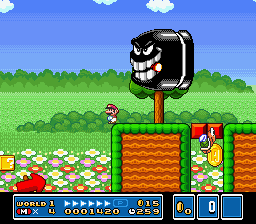 Well, a few gfx changes have been added recently:

Just need to find some tiles and ideas for a few last levels, and I can actually get back to the level redesigning side.
Gaming Reinvented, coming soon!