wanna make a game, or anything else? seminal bloom!
Post Reply
15 posts • Page 1 of 1

The Hello Mario Engine is an open source Mario engine for GameMaker: Studio that is feature packed, and designed to be easy to expand upon with user friendliness as a priority. The engine is fully documented with thousands of code comments, and includes tons of different powerups, over a hundred different enemies, and much, much more! Oh, wow. I remember messing around with an older version of this engine and yeah, the code was a mess, but the feature set was impressive... no scratch that, overwhelming. There's so much in this engine, both from the official Mario games and original content, and judging by that preview video that certainly hasn't changed!

I'm actually kind of worried that we'll start to see a lot of fangames with that level of 'gameplay oversaturation'.

But yeah, since YoYo crippled the trial version of GM Studio with those dumb asset caps that's really gonna limit who can use this engine. So, uh, I hope you've been taking full advantage of pro features, Hello!

I've gone and downloaded the source, I'll be sure to check it out later.

EDIT: Arright, so I took a quick peek, I'll come back and do a more thorough run through some other time. Good organization, consistent naming convention, way too many devs don't use one. You're taking advantage of instance creation code and some other lesser-known features. There are a few areas where you can streamline or optimize the code. I'mma occasionally update this post with suggestions as I read through.

Apologies for the double-post, but I'm sure a sale is enough to warrant a bump, right? Y'all get out of my thread, GM Studio is and all of its' export modules are currently 50% off!

That said, I am eventually going to update mine, ideally would like to bump this thread after posting in mine so this one'll be at the top but who knows how long it'll take me to post over there oh jeez this is a lot of small text, not subtle at all.
A2XT Episode 2's vice admiral "The Project's Not Dead Yet" person and certified Absurdly-Oblivious Fool

are there any recommandable games that go full out with this engine ? Because yeah, that is hella impressive, on paper at least
the chillaxest of dragons

Actually, wait, when I said I was worried about the over-saturation thing I had completely forgotten about the flood of fangames on the Yoyo sandbox that used older versions of the engine...

...and, well, I go and say that and then I have trouble finding them. Dagnabbit. I definitely remember it being popular back in the day, and I know I'm not going all cliche crazy here because this and this. But I can't find much on the sandbox now besides Hello's own fangames, which I've seen mixed things about.

According to his wiki page, Mushroom Kingdom Fusion used the Hello engine as a base, but IIRC that project's dead. So yeah, gonna do a bit more digging, probably snoop around MFGG, but as far as I'm aware nobody really did/completed anything super-big with this engine aside from Fusion.
A2XT Episode 2's vice admiral "The Project's Not Dead Yet" person and certified Absurdly-Oblivious Fool

Well this is a surprise

I haven't had the best of terms with hello's engine in the past, though this makes me wonder if it's changed from what it once was. Hopefully it has!
(Formerly Jayoshi)
Top

raocow wrote:are there any recommandable games that go full out with this engine ? Because yeah, that is hella impressive, on paper at least

Of course, none of these games use this new version of my engine since it is still new...

GM Studio is currently free! Y'all know what to do, everyone!

It's not "currently" free from the sound of it - it's more like they've upgraded the old Free version to be more or less equivalent to the old "Standard" version, but with the "Made with Game Maker" splash screen, and they also took out Mac and Windows 8 support (which I assume refers to WinRT/Metro stuff).
Last edited by AlchemistHohenheim on 08 Jun 2014, 03:31, edited 1 time in total.
Top

Ah, my bad, I just saw a post about it on my Tumblr dashboard and passed it along. Yoyo's done promotional deals in the past where they gave out Standard for free, so I assumed this was another one of those things.

But still, the feature limitations were the major things getting in the way of folks using this engine, right? So if those are no longer an issue then... yeah.
A2XT Episode 2's vice admiral "The Project's Not Dead Yet" person and certified Absurdly-Oblivious Fool

It's cool. I was just mentioning it so people know that they don't need to feel any pressure to get it "while the offer lasts", since it appears to be a permanent thing.
Top 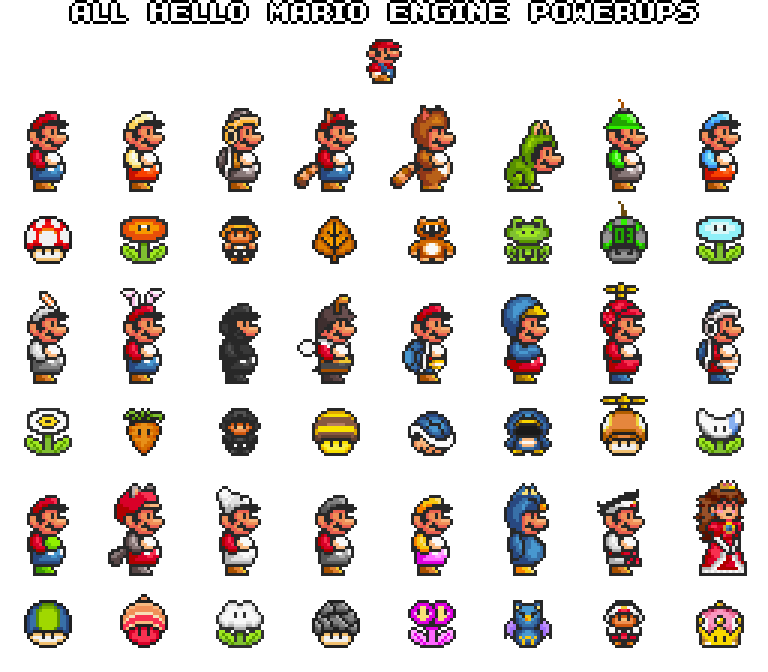