this is the place where lps are being talked about. it's important to talk about games being played on the internet.
Post Reply
1071 posts

When I went looking for that vid, there is apparently a live-action version that was made in the 80s. Then in the 90s, the remade it completely animated.

I learned something, thanks raocow!

Nimono wrote: ↑ i have no idea what this has to do with jump half or anything mentioned in this thread, but I love this clip

relatability to jump half:
the cinema stage had ff7 music in it, namely cait sith's theme. if you're not aware cait sith is the little talking cat with a megaphone riding a huge plush that is supposedly a moogle but looks nothing like one. he's also

but that's like disc 1 spoilers. he has some of the worst base stats in the game but that's because he's more intended as a magic materia user than a physical attacker, kind of like aeristhczh

context:
okay so the streamer (henceforth referred to as vox) decided to stream final fantasy 7 but with everyone renamed to "Sephiroth" as a lot of people do to make the game funnier because sephi-chan uguu ^_^ is brought up way too many times in dialogue because the entire game pivots from an anticorporatist piece of fiction to an evangelion level hodgepodge of post-modern work deconstructing the meaning of the self whilst keeping the anticorporatist dialogue as a sort of background radiation to all that's going on due to sephiroth being a work of shinra

anyway vox began using the pc version and to add to the joke she started using ridiculous mods, including a very bad edgy save point model replacement of a sword surrounded by feathers in the style of crisis core artwork, aeris in sailor jupiter's uniform, tifa in sailor mars' uniform, cloud as some weird anime swordsman ninja with naruto sandals, sephiroth as eternally barechested, a pointless partial retranslation, and an awful cutscene replacement mod. in search of a mod to make tifa hotter and with bigger tits (which resulted in nothing) she came across the massive amount of red xiii mods.

she decided to choose a red xiii mod that turned him into a sexy beefed up anthro and also gave him better stats due to using vincent's galian beast form from his level 1 limit break as a base for the model rig. she ended up installing an option that would also include a hardcore mod that makes the game exponentially harder. the thing is she did not notice this until like after the crossdressing segment where she kept getting owned by the aps boss. she then went to look and found out the above. she later changed to an older version of the mod with a worse model instead of the vanilla version because ????

in short ff7 sucks and ff9 is better

Awoo wrote: ↑ I sure am looking forward to raocow playing through All the Final Fantasies

At this point, nothing is out of the question.

Uh...Do I just sign here? What do you mean it should be obvious? There are people in this world...well...a whole lot of people that can't follow basic instructions!

The 3rd coin in The Best Level Everest was the hardest coin in the game for me. When I played the level I always hit the left vine block before the right at the Kamikaze Koopa part, so I had no idea that the coin was even eaten by the vine.
I only got it because I asked where it was after playing through the entire level like 5 times.

Also if anyone has any title sugestions, feel free to post them
I'm totally not running out of titles, nope
Check out Team Hack Fix/Translations' thread full of fixed and translated SMW hacks!

Super Maks 64 wrote: ↑Also if anyone has any title sugestions, feel free to post them
I'm totally not running out of titles, nope

The music in the 2nd level is from Zelda: Minish Cap. Specifically the village where the Minish live.

i wish i was a minish so i could break into people's houses and steal people's shit without anyone realizing
twitter (spicy at times!) | romhacking twitter (cats!!!) | GitHub | avatar by kuma

You wouldn't be able to lift anything bigger than a Rupee.

And you may get chomped by a cat.

Those "docks" seemed like more of a rope factory. Still, it has some good puzzles. And that was one HELL of a close shave with those Pokeys.
Top

Sebby19 wrote: ↑ And you may get chomped by a cat.

where the fuck is nathan the talkmaus when you need him
twitter (spicy at times!) | romhacking twitter (cats!!!) | GitHub | avatar by kuma

oh my gosh lion why lol


That last level was interesting. I loved how raocow somehow managed to mentally put in his head that the second half of the level was insanely long and arduous, and thus he needed a non-red shell to get the final coin. How does that kind of thing even happen!? The brain works in mysterious ways...

I wasn't really too much of a fan of the level itself, though. The gimmick was "grow a Yoshi!!!", but there wasn't much puzzle around it, and the timer forced you to arbitrarily rush so you could eat the green berries just to not die. I, uh... don't think it worked too well. Especially since after the midpoint, the timer basically became a non-issue. I think it would've been much better had the level been built around those green berries, that could've been fun.
AZCT Tracking Sheet
Top

also yeah cotton candy was a not very well made filler level but that's Okay imo because the VIPs have a lot of pointless filler levels made by people who are just starting out making the marios and to excise levels like that from your collab would be against the spirit of VIP Quality so i feel it belongs in jump half (not that people can't criticise it obv)
twitter (spicy at times!) | romhacking twitter (cats!!!) | GitHub | avatar by kuma

The weird thing about Cotton Candy Resort for me was that I didn't even notice the timer shenanigans on my playthrough. I don't usually look at the timer when I enter a level, and the stage just looks like a happy cloud place with friendly atmosphere. There were no hints that I had to rush at all.
Top

raocow, after defeating la-mulana, gets stumped by the puzzle of "put springboard on rope" and "use shell to fly left"
this was a silly episode
i've honestly never played a video game in my life

Cyril wrote: ↑raocow, after defeating la-mulana, gets stumped by the puzzle of "put springboard on rope" and "use shell to fly left"

raocow getting stumped by the simplest things possible is basically par for the course. It'd be more surprising for him to actually not get confused by something simple and straight forward at this point. 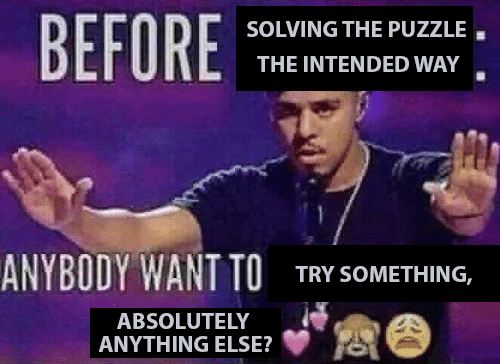 Ashan
The world has become a place
Posts: 2402
Joined: 10 years ago
Location: Canada

Was it intentional that after the goalpost of Cotton Candy Resort you fall off a ledge and then on the map that takes you to a level that's below the ledge the level is on? If so, that's a nice detail. If not, just say it was intentional and I'll believe you.

I actually never solved the springboard the intended way because every time I dropped it through the hole and did that glitch you saw in the video where you ride it down
Well it is a decent hack but sometime its just too repetitif there no level that actually pop in your face and your like oh yeah that level they all ressemble themselves and just monster along the way.

Ashan wrote: Was it intentional that after the goalpost of Cotton Candy Resort you fall off a ledge and then on the map that takes you to a level that's below the ledge the level is on? If so, that's a nice detail. If not, just say it was intentional and I'll believe you.

i want to say the overworld was finished after the levels so
twitter (spicy at times!) | romhacking twitter (cats!!!) | GitHub | avatar by kuma

There's some overworld aspects that I know for sure are intentional (Peer pressure leading into a level about drugs, which is in a little cranny).
Mosts Awards:

If you die right before the Big Boo door due to being crushed in Curse of Discontinuity, the game starts the deah animation before going "jk" and spawning you right on top of the fire flower. It was pretty funny (and yes this happened to me).

I don't really get why gutter ball is basically two levels stapled together (or moreso that the ball section feels tacked on). Feels like it could've just been entirely the first half and that would've been a short, intense, but fun autoscroller.
Because Mystia's being a big ol' goofball.

Currently Playing:
Final Fantasy XIV (everything will be 80 eventually)
YUMP 2 (i have made mistakes, 15 exits complete)
Katamari Damacy Reroll (rolling is fun and not death on my hands)

Validon98 wrote: ↑I don't really get why gutter ball is basically two levels stapled together (or moreso that the ball section feels tacked on). Feels like it could've just been entirely the first half and that would've been a short, intense, but fun autoscroller.

My initial assumption was that the gimmick came first and then the creator decided there wasn't enough mileage in it, but then if that had been the case, surely the first half would've featured bowling balls as well
Top
Post Reply
1071 posts

Users browsing this forum: No registered users and 26 guests