this is the place where lps are being talked about. it's important to talk about games being played on the internet.
Post Reply
702 posts

Lilac Star Heights has a really nice atmosphere. The red coins marking platforms don't really serve a gameplay purpose. Those might as well have been normal platforms almost. I also think the level could have used a second midpoint before the boss.

Sidekick Struggles varied dramatically from room to room. When I first saw it I thought dealing with the Homing Koopa would be ridiculous, but it managed to be both non-trivial and non-stupid somehow, so good job with that. I hated the falling hammer room. Your safe spots are limited and the flames/bubbles will be in different places from one playthrough to the next. I felt like I ran out of options a few times in that section. The thwomp part was cool, but I think the spiny generator should have stayed onscreen so that spinies would continue to generate for that last jump. I think it would have helped that part to feel less janky. I have a feeling that raocow overcomplicated the Boo room, but I can't remember what I did anymore. The Boom Boom room was great, and it was a nice way to end the level. I think that raocow could have won the level just by holding right after the Boom Boom fell off the stage, so I was surprised when he Start/Selected out.
Top

Yeah the experiences in sidekick struggles vary dramatically (I too was expecting a really long video), but it's super creative.
This is why you shouldn't give the camera to other enemies, lakitu!

Even after all these years, raocow proves to still be the best beta tester of others' creations.

raocow wrote:I'm feeling so smug I'm gonna' stare at myself in the mirror for 23 hours!

first level had a severe case of lopsided midpoint
second level had some okay ideas sometimes but i wasn't a fan of the concept in general and a few of those rooms just looked really annoying. generous checkpointing lessened the issues a lot though
i've honestly never played a video game in my life

This level is a result of another one of my sugar rushes. I got this awful idea early on into LCJ but did the koopa section and layed down like 1 setup each for thwomp and hammer and then stopped working on it. A few days before the deadline when I was rushing Chuck Mines Enjl told me he was bored and I jokingly said "you should finish my terrible camera level lol" but then WHOOPS

ScribePennington wrote: ↑It was just a tiny moment in the video, but raocow saying that you should be careful watching if you get seasickness resonated with me for some reason

Same here but then again it was today of all days that I woke up with a stomachache for some reason, lol. That first section really didn't help at all.

And so Boom boom fell for eternity
When you stare at into the Boom boom, the Boom boom stares back into you
Something goes here sometime.
Oh yeah, I have a Youtube channel
Top

This is why Nintendo usually hires Lakitus to do camera work in the official games. The other minions just aren't as reliable. Lakitus have a good eye for framing, and they usually even bring their own stabilization equipment. Bowser requires at least 4 years of film school before you're allowed to operate a cloud, which is great for filming, but it also means they won't shut up about the term paper they wrote on Citizen Kane.

Those Torpedo Teds with those rifles in the first level are actually named "Sniper Bill", which I remember being an enemy in "Mario & Luigi Superstar Saga". 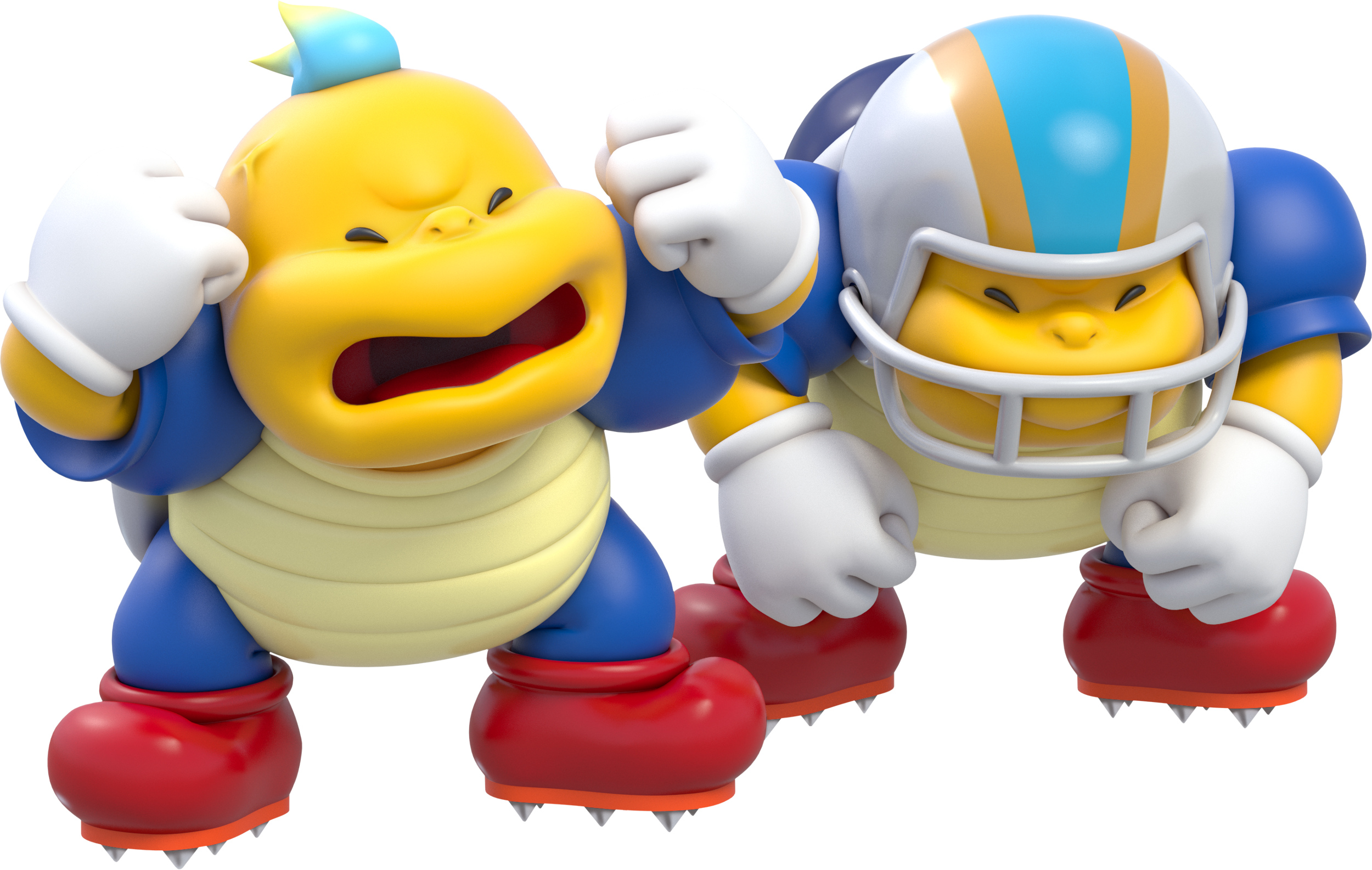 Getting that secret star based on author knowledge.
"This is fairy awkward."
Eating the red coin.

The added value of commentary.
Top

I just noticed how incredibly... not right Mario's legs and bum are in the Propeller Block sprite

raocow
the death of the incredible huge
Posts: 3223
Joined: 11 years ago
Location: maybe the Wizards are the most complex, and the sales guys are up their daily

this is terrible
the chillaxest of dragons

jayScribble wrote: ↑ Those Torpedo Teds with those rifles in the first level are actually named "Sniper Bill", which I remember being an enemy in "Mario & Luigi Superstar Saga". I also just noticed the gun they're holding looks like the SNES Super Scope.

Night Mountain was pretty cool. It's just the right difficulty that it's threatening, but not super likely to kill you if you're careful. That works very nicely with the "get the dragon coin" challenge for the star.

The platforming sections in Wolfcano Ruins were pretty fun, but I was bored during the fairy section and the platform piloting section, both of which were quite easy and dragged on for a long time. The fairy part never introduced enough obstacles, so I felt like I was just doing the same thing over and over again. I liked this secret star better than WerewolfGD's other secret star.
Top

Reminder that Wolfcano Ruins had parabeetles that never returned after the first few screens.
Top

The first level really should save its dragon coins, especially since the second half is much more dangerous.

Wolfcano ruins is a level that I've come to hate once I discovered there was a hidden star. Like, I tried everything from getting all the random blue coins to noclipping everywhere and got nothing. Well, I found the star itself, but not how to get there.

But a exit-enabled item pipe? You can't do that! It's not okay!

Also, that raft ride randomly kills you in sloped lava and the stakes/pencils look like background objects, even though they aren't. This killed me many times.
Top

I liked the part where

raocow got killed by a key

Looks like they need more fiber in their diet.

7NameSam wrote: ↑I liked the part where

raocow got killed by a key

The best part is that raocow knows not to stand under a falling key and yet still did it, lol.

Enjl wrote: ↑ Reminder that Wolfcano Ruins had parabeetles that never returned after the first few screens.

Probably the least of its problems, though

...So what do the Toad Run switches do?
Top
Post Reply
702 posts