this is the place where lps are being talked about. it's important to talk about games being played on the internet.
Post Reply
31 posts

RedMageSusie
Dancing with the moonlit knight
Posts: 939
Joined: 13 years ago

...It's been so long I've run out of things to say at this point. You all know the drill though.

I thought you weren't gonna make a thread!

I almost thought about bothering you on Discord about it, but I worried it'd be annoying. Still need to catch this year's festivities.

All Glory to the Raofrog 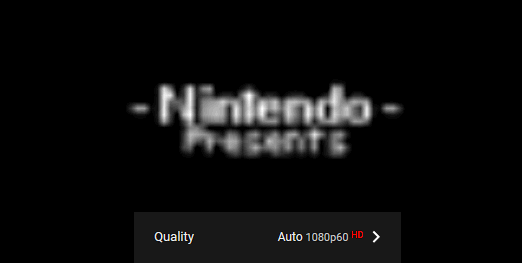 After hearing you in last night's vid, do I think you could handle a full actual gameplay video? Absolutely not. Keep resting until you're healthy!
Top

man remember when I said I didn't think I would change the schedule any for this december?

good times
the chillaxest of dragons 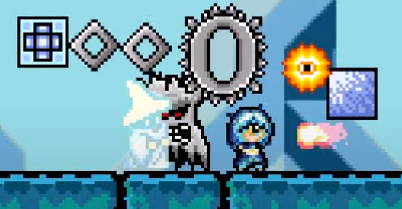 Just when you think you're in the clear...

from the interweb netsite

(For the record, I was not involved in this thing beyond being one of the folks giving tangy the a-ok to

)
Delightful Adventure Enhanced is out now!

(Entry requires verification, either with a connected Youtube/Twitter/Twitch/etc account or manually by the server staff.)

So, in case anyone was wondering about what song I was referencing there:

Incal comments:
While L'Incal integrale covers the entirety of the Incal series, it's not the complete Incal franchise. There are two other series written by Jodorowsky, Avant/Before Incal and Final Incal. These were not drawn by Moebius, the first because he had no interest and the second because his cancer was starting to take hold at that point (though he did draw an initial issue, Après/After Incal, which is typically included in the compiled Final Incal). Might send those next time

Also...rather personal thing. I do agree with you, raocow, that prospects open up once you have jobs in hand. That said, it's been quite a bit more difficult in my case because of my condition. Lot of peeps on social media kind of, for lack of a better term, romanticize the spectrum. But it ain't fun and quirky, really. I've had long spells of unemployment precisely because I'm autistic. More specifically, I can't do interviews well. I struggle to put words together when answering questions from people I just met. Even if I know the answer to the question, I just can't speak it all that well. For the longest time, I couldn't find work because of it. It was only 5 years ago that I found out the Americans with Disabilities Act (the Canadian version you call the Accessible Canada Act; Quebec, la Loi assurant l’exercice des droits des personnes handicapées[...]) extends to job interviews, not merely job applications. You don't know how much of a boon that was. I had been unemployed for a few months at that point after several failed interviews, about 6 weeks later I had a job. I've said that had I known this years before (back when I was living in California), things would've turned out so much differently. Regardless, I appreciate your sentiments.

And, to personally update, since that letter was written...oh, a month or so ago: That interview I mentioned led to an offer, I start on Monday. (That said...I have been some other interviews, and quite a few are offering even better pay on those. Might get something better soon) Also, I learned today at the doctor's I've lost an additional 7 pounds (32 total)

Well that's great to hear thatguyif. I'm happy to hear that you've found help to combat your autism (I get the struggle considering I'm on the spectrum too

). Personally I tend to have found work either through family or at places I genuinely enjoy being in, though these days I tend to do a lot of commission.

If you guys were wondering about that "Thwompin' Chuck" and the "roo interpretated raocow" redraw, here they are.

(redraws are fun, tho never meant to be replacements...ASMT Demo is perfection)

My YouTube channel - P-Switch... - 100 Rooms of Enemies: The Nightmare Edition
Links above if you want to check 'em out... or not, since these are overlooked.
Top

please tone down the oversharing next time no offense

RedMageSusie
Dancing with the moonlit knight
Posts: 939
Joined: 13 years ago

I am a busy folk so I'm not doing it. If someone else wants to maintain a post for it, go ahead.

I can do one later if no one else does before then, but it might be a little silly to have it so far down in the thread nonetheless ^^;

Made one, several days later than I said I would, but I'll try to keep it up-to-date from here on out ^^;

Thank you, also so many cat games
talkhaus Discord server

here let me help you

Delightful Adventure Enhanced is out now!

(Entry requires verification, either with a connected Youtube/Twitter/Twitch/etc account or manually by the server staff.)

Thanks for all the kind words, rao.
I'm glad you liked the art.

"Wherever you are tonight,
I wish you the best of everything."
-Tom Petty

Quadro wrote: ↑1 month ago Thanks for all the kind words, rao.
I'm glad you liked the art.

I'm glad my oversharing inspired you to write that. Meant to write sooner, but I'm glad regardless

Anyway, in case people want to watch trailers from today (spoilered to be less overwhelming/annoying):

I started out with the hardest room. It was hard to get through big, but not too difficult small. I got the idea to take a level from Rakugaki Mario and make it easier. The joke didn't land but it was fun to watch. Thank you for getting over it!

it's the jump from the first plant to the second. I just couldn't figure it out, and if you wait the screen gets filled with polen

I genuinely enjoyed the rest though
the chillaxest of dragons

To answer your question from today’s vid, the Doom 64 port is the 2020 port/remaster by Nightdive Studios, with all the game’s original quirks and mechanics. Now with new “Lost Levels” included.
Top

So in case anyone wanted to get the trailers for today:


I was unable to get a trailer for How To Bathe Your Cat, only videos on YT are LPS/walkthroughs. raocow how did you find one

I looked for shortest trailers when applicable, typically launch trailers.

I also put their run times into a time calculator. Combined runtime: 26:44. Add a minute or so buffer between each video, this easily goes up to 45 minutes. So yeah, I don't blame you for skipping trailers today, raocow.