do you like them video games? what about those there romhacks? well pop on in here and talk about them then! what are you waiting for?!
Post Reply
9 posts • Page 1 of 1

*looks around at a forum she hasn't been at in many many years.* Still exists. Nice.

*AHEM!* So, uh... the Tokyo Game Show 2020 Online has brought attention to many intriguing titles.
( https://store.steampowered.com/sale/tgs2020 )

...But I just REALLY felt compelled to share the fact that among them... is "The Cabbage Effect"!
https://store.steampowered.com/app/1342 ... ge_Effect/

"A cartoon-pop-surrealistic twin-stick shooter on procedurally generated stages that takes place in an apocalyptic narrative."

Are there other WTF-confirmed or probably-WTF games out there that may not be incredibly well-known? (Like, I know of Cho Aniki, Parodius, and to a lesser extent Harmful Park.)
Which voice-in-my-head should I listen to today?
Top

There are many, many, many, many games that are much stranger than "wacky comedy" OP
Well it is a decent hack but sometime its just too repetitif there no level that actually pop in your face and your like oh yeah that level they all ressemble themselves and just monster along the way.

im sure she knows about that but Okay

for a positive example, osamu sato's work would fit more in a sort of "thinking out of the box" kind of way

barkley gaiden, a favorite of mine, is basically satire, particularily the jrpg and anime/manga fandom, a purposeful misunderstanding of basketball culture, space jam and mid aughts internet

sengoku turb's dreamcast reimagining is a fever dream running on surreal imagery and biting humor. if it wasn't for repetitiveness (basically a proto-musou action jrpg with clunky mechanics), i'd have recommended it for raocow to play. i guess if copy kitty can last for 5 seasons though (zing)

sonic 06 and shadow the hedgehog are unintentional self-parodies, parts of sonic forces as well but more in the plot angle than in the Entirety Of The Game angle

from what i can tell, tao: the way is a strange jrpg by pax softonica and vap for the famicom that mostly serves as propaganda for the yiguandao religion first and a subpar jrpg second. it has a cool t-rex walking on train tracks and a pterodactyl coming out of a helipad as transportation vehicles though

speaking of organized religion, Kanye Quest. don't know if its really made by a cult member or not but Man

Super Noah's Ark 3D (Super 3D Noah's Ark if you will) is also just a strange idea. you obtained the engine of wolfenstein 3d somehow. so to make it related to christianity, you have it about noah forcefeeding animals by shooting food at their mouths? mental gymnastics at full display really

Terrifying 911 (sic) is also a strange metal slug clone for the game boy color made in taiwan. it has 9/11 footage in its opening in the form of (impressive!) digitized animation.

6 Inch My Darling and Figu@mate i believe are dating sims slash visual novels catering to size difference enthusiasts/fetishists? not quite sure but there are figurine women. not kinkshaming

wild arms and arc the lad 2 are pretty strange games in terms of setting with spaghetti western coexisting with medieval fantasy and sci fi (in wild arms' case) and urban fantasy, military fantasy, biological horror and ancient east asian fantasy all bunched up together (in arc the lad 2's case). on the other hand, popolocrois, sony's other big 1996 jrpg, is very grounded in fairytale and children's anime/manga inspired storytelling and visuals

as you can see my standards for "strange game" or "bakage" are varied. some of it is very negative, some of it is positive, some of it is in between as it's a spectrum of baka. it doesn't mean a game is bad or good or "lol were they on the drug xdddddd". it just means it's an off beat game.

i originally had some more triggering examples on here, but i've decided to remove them just in case it seemed i was defending them.

EDIT: technically an unreleased game but

The Colonel, page 2654 of the SomethingAwful RPG thread wrote:i still wonder what the original tengai makyou iii would've been like, since it was being directed by masuda and had tons of concept art from tatsuyuki tanaka looking way more in line with linda cube. lots of weird ancient cityscapes, a weak-looking kid protag facing down strange horrors, illustrations of a weird bloody slaughterhouse.

kind of incredible all that concept art was for a tengai makyou game considering how... not tengai makyou any of it feels. and tengai makyou iii being cancelled and then just jumping straight over it to iv kinda adds to that lol. makes the original tengai makyou iii feel like a weird ghost game even though effectively the team just turned it into its own indie jrpg

like jesus compare this to how tengai makyou iv looks 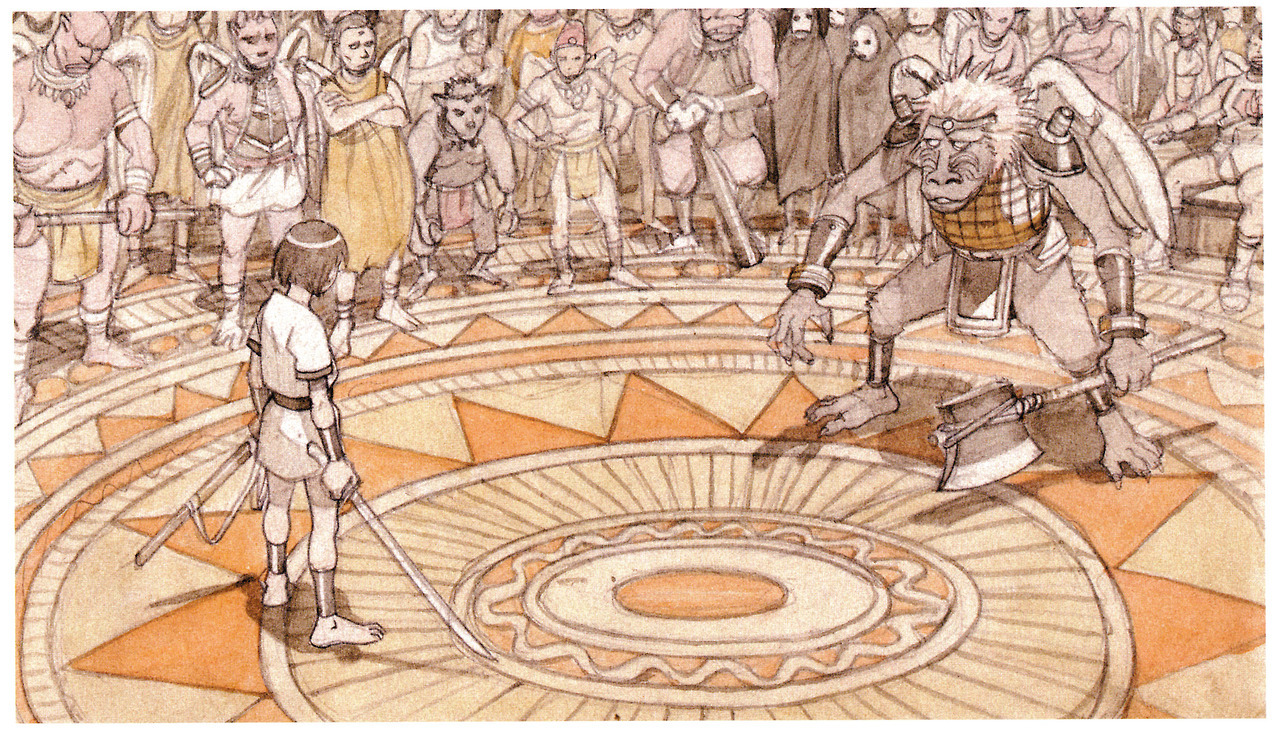 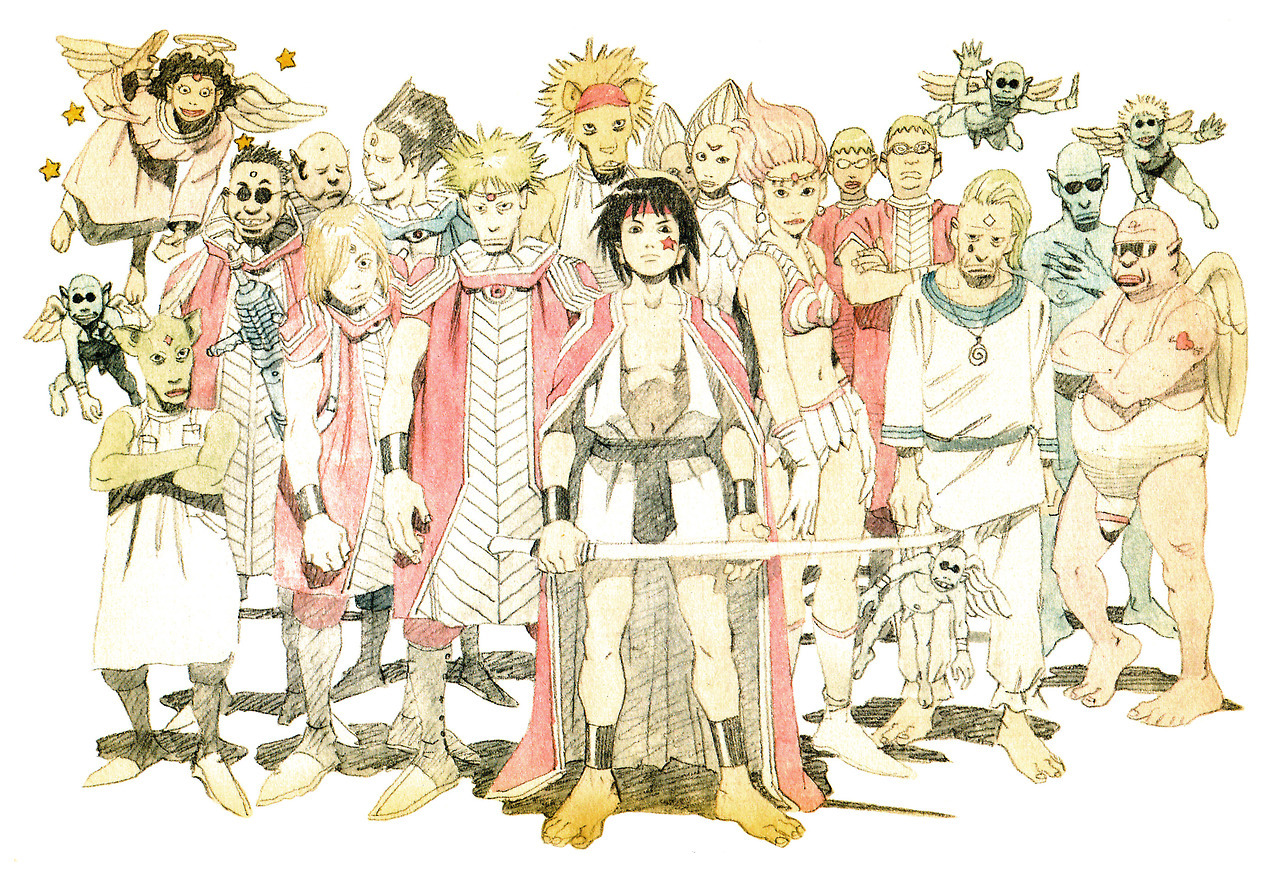 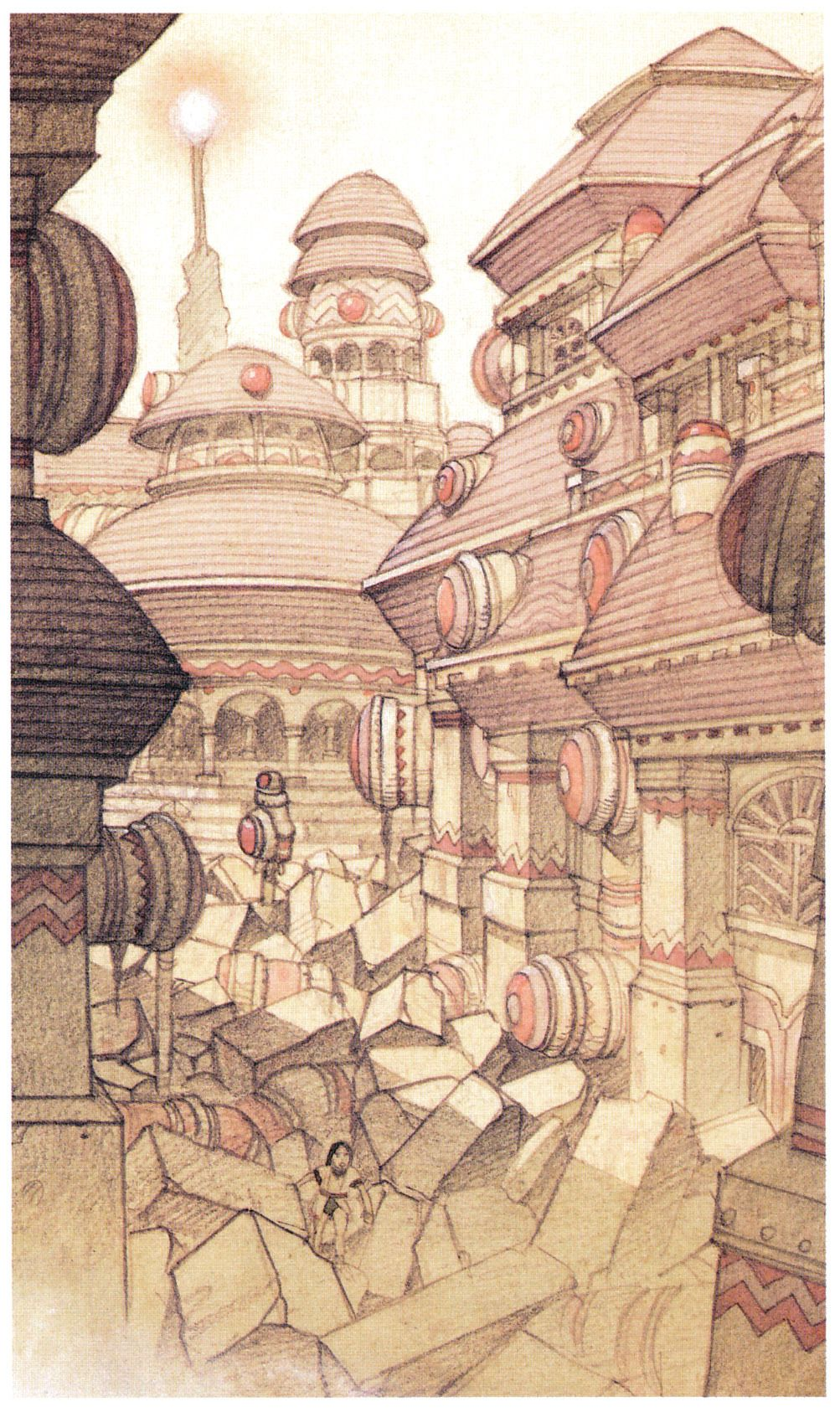 i dunno how many video game series meta jokes come close to the level of tengai makyou iii, a game that was cancelled, skipped over and then years later they just made an entirely different, unrelated ps2 game and called it tengai makyou iii

thatguyif
Posts: 602
Joined: 6 years ago
Pronouns: We Are The 99%
Location: Over There

Also, have we confirmed Barkley Gaiden 2 to be vaporware? I lost track after 2018

I don't understand what's rude about my statement. If I was making a list of weird games Parodius wouldn't be on it because it's just what it says, Parody Gradius. If you know the references it's not weird. You see the same thing in anime with the way people talk about Bobobo-bo Bo-bobo. So yes I can only assume OP hasn't scratched the surface here. But I guess it isn't particularly helpful of me either, so:

EDIT I have more: Dead End Road, YumeCore, Dujanah, Gravity Bone, + also I didn't previously bother listing any games raocow's played, but Mbibli's Quest, Craz'd/2, and Bunny Must Die are relevant
Well it is a decent hack but sometime its just too repetitif there no level that actually pop in your face and your like oh yeah that level they all ressemble themselves and just monster along the way.

Ashan
The world has become a place
Posts: 2492
Joined: 10 years ago
Location: Canada

There is a game called "The Super Mario Brothers" where you're an italian plumber that hits blocks to get coins and mushrooms out of them. When he eat a mushroom he gets big. Are they the drug "mushrooms"???

BobisOnlyBob
Mythical Quadruped
Posts: 1331
Joined: 7 years ago
Location: the world is no longer a place

You reminded me that I own this, albeit under the name FreakOut. Actually need to go back and play it properly.

Users browsing this forum: No registered users and 6 guests