do you like them video games? what about those there romhacks? well pop on in here and talk about them then! what are you waiting for?!
Post Reply
91 posts

Update on that LoX Fan Translation, from pcenginefx


It keeps on moving forwards ... but at a very slow speed.

Both SamIAm and I have been distracted with Real Life (tm), as have a lot of the cast.

But, on the positive side, SamIAm has sent the core cast some early mixes of a number of the LoX1 scenes so that they can hear very-roughly what things are going to sound like.

They clearly point out to me that I'm going to have to do a *LOT* of messing around with the timing of the visuals in order to make each scene sound natural and not like it was assembled from a bunch of separately-recorded cuts (which it is, of-course, being assembled from). ](*,)

To my great sadness, there's not a hope-in-heck that the dub will be done and released this year.

NIS America is pleased to announce that the PC version of Ys VIII: Lacrimosa of DANA has a target global release date of January 30, 2018.

To all of you who have been anxiously awaiting the PC release of Ys VIII: Lacrimosa of DANA, we have a very regrettable announcement: we are once again pushing the release to an as-of-yet indeterminate date.

As the PC version of the game was originally envisioned as a port, we avoided touching the core programming as much as possible and focused on PC performance optimization. However, in light of the feedback of those who have participated in the second beta test, we have concluded that we cannot avoid modifying the core programming.

They JUST realized that? What have they been doing for the last year?

This really should've gone to XSEED with the way NISA has botched this, and I'm pretty sure this is what people were worried about in the first place when NISA got their hands on Ys VIII in the first place. Oy.
Top

How can one company be this completely incompetent and yet still become a popular company? Every time I check the Steam discussions for the game looking for updates I see almost as many people defending NISA over this garbage as I do people calling them out on their bullshit.

Here's hoping we can at least play the game some time before the end of the freaking year...

I will preface this by agreeing that this has been a shitshow, and that NISA should be incredibly embarrassed about it.

For the love of god, the sacred cow status that XSEED has with some people is absolutely infuriating to me.

I read a comment that said that NISA stole the rights away from XSEED.

As if that's somehow how business works.

I'm sorry the boogeyman took your nephew's baba, but they got the go-ahead beforehand.
Why don't you eat me?

RE: That Fan Translation of LoX


...And apparently is still not a great port, but whatever. At least it's actually out.
Top

AlchemistHohenheim wrote:...And apparently is still not a great port, but whatever. At least it's actually out.

6-7 months of delay after delaying it RIGHT before release and they still did a shit job? That's impressive in a bad way. I hope Nihon Falcom learned their lesson here. I have no intention of buying another NISA game again until they quit being lazy and useless, even if it's another Ys game.

Not a series I'm personally interested in but this really doesn't inspire faith that Falcom has learned not to trust NISA with anything. There's still tons of issues a lot of people have with Ys VIII but there hasn't been an update or anything even vaguely resembling communication from NISA on the subject since like July.

SAJewers wrote: ↑ RE: That Fan Translation of LoX

Also realized the other day that the Pamela game over screen in RKS Freudenstachel is based on what Japanese fans call "邪神アドル" (The Wicked God, Adol). Name theming is related to that MOCCOS thing 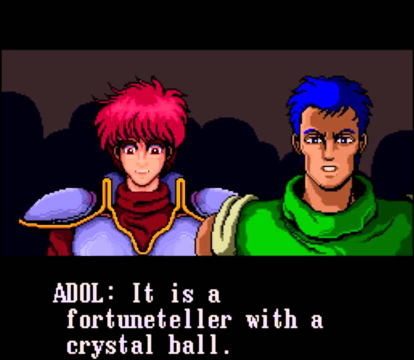 In the mood for trying some Legend of Heroes games, might try out the TGCD version of 1, MD version of 1&2, PC98 version of 3&4, PSP version of 3-5, I have no real way to purchase 5 PC through Vector or whatever yet and there's no real pirated copies floating about. English versions first, ofc.

Maybe give a real shot at Dragon Slayer 1, Xanadu Scenario 1&2, Faxanadu, Romancia (FC version and maybe MSX version for the original torture device feel? the translation alters text to make the game easier to play, so that's a good thing!), Legacy of the Wizard, Lord Monarch Online (or the PC98 version, either seem suitable but I'd probably prefer the use of a mouse), Sorcerian too. Will have to use walkthroughs for a good amount of those!!! Oldschool PC RPGs, what would we do without you.

Amy (formerly Saturn Moriya over on the talkhaus) gifted me Trails in the Sky FC some months ago, so I need to start that one too, as well as the Ys: Oath in Felghana I purchased on Steam. So many games, so little time! Money's hurting these days so I might have to pirate later games like Xanadu Next and the sort for the time being. When I get money to put in my Steam wallet, I'll try to purchase some games back. Hope that doesn't piss any of you off orz. I know YK would be all for it, though.

I'm very conscious about pirating on PC these days due to places like Steam and GOG and the like, but my family doesn't really have much money these days.

Best of luck to the Legend of Xanadu crew. I'll still play the games even if they're in Japanese, so as long as they take their time to make sure the translation is up to snuff, I can wait.
twitter (spicy at times!) | avatar by kuma

KobaBeach wrote: ↑ Best of luck to the Legend of Xanadu crew. I'll still play the games even if they're in Japanese, so as long as they take their time to make sure the translation is up to snuff, I can wait.

If you want an update on that actually

The projects translator SamIAm has recently had 2 children so simply doesn't have the time at the moment.

Aw, I'm so happy for him!
twitter (spicy at times!) | avatar by kuma

Users browsing this forum: No registered users and 6 guests